Hallyu, or the Korean wave, has brought thousands of tourists to South Korea, many of whom hit the streets of Myeongdong and Gangnam. However, there are quiet places away from the hustle of the city that are equally deserving of travelers’ attention. Here are four serene spots, all just a short drive from Seoul.

Garden of the Morning Calm (US$7 for adults)

Located more than two hours away from the city center, this place happens to be the oldest private garden in the country. Founded by a professor of horticulture, its name was inspired by the words of poet Rabindranath Tagore, who once referred to Korea as the “land of morning calm.” The garden in autumn. All photos are from the Korean tourism board.

Situated in Gapyeong County, this 30,000-square-meter garden attracts 600,000 visitors every year, attracted by its well-manicured lawns and colorful flowers. The garden is divided into 20 different sections, and was designed to mimic the shape of the Korean peninsula. It has 5,000 kinds of plants, with the flowers in bloom from March to November. The place serves as a vibrant backdrop to several festivals throughout the year, and has even served as a location shoot for many local films and television shows. The garden decked with lights during one of its numerous events.

Crafters will be in for a real treat, because it hosts workshops on making soap, necklaces, beads, and bracelets. A favorite spot of families, it provides prams for rent (US$1.75 including deposit), but parents of furry babies are in for disappointment—pets are not allowed. However, the free parking and beautiful scenery more than make up for it. The garden derives its name from one of the descriptions of Korea, as coined by an Indian polymath.

Measuring more than 991,000 square meters, this large park features a crystal-clear freshwater lake, artificial islands, a 4,700-meter-long bike path, and a playground. Open all year round, its thick forest of 200,000 trees turn crimson red during autumn. It also serves as the home of 100 species of wildflowers. Aerial shot of the lake park.

If the weather is good, be sure to catch its musical fountain shows in the evening. Parking is just US$0.36 for the first 30 minutes. For those who would prefer to bring a bike to the park, where it can be found, the site has its own storage facilities. Pet owners can bring their lovable mutts but they must be on leash at all times—and don’t forget to clean up after them. The park has a dense forest suitable for taking leisurely walks. 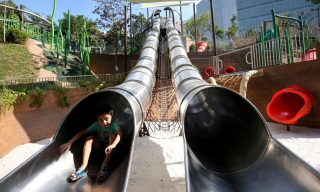 This Park Has 26 Slides, Including Singapore’s Longest Outdoor Slide

Newly reopened after a two-year facelift, the park now buzzes with thrilling slides and family-frien... 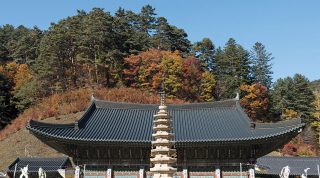 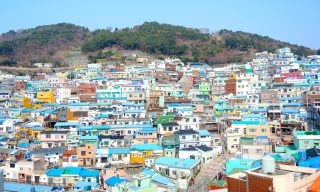 Laid-back yet bustling, Busan is a wonderful destination for sun seekers, culture lovers, and foodie... 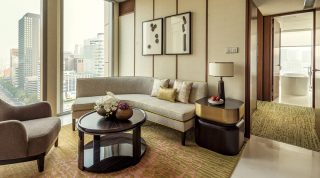