One local company is gearing up to launch what’s being billed as the first premium seaplane service in the Southeast Asian nation. 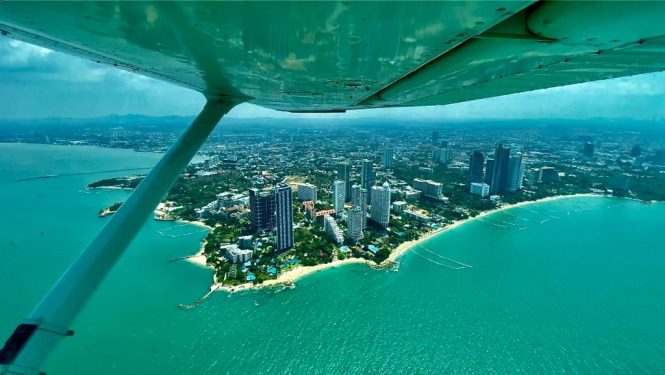 If a seaplane business could work in the Maldives, why not start one in Thailand? That question has led to the creation of Siam Seaplane, a new transport company intent on ferrying people around the country as soon as later this year, once the Covid-19 pandemic subsides.

Siam Seaplane is positioning itself as a premium service for holidaymakers, groups of friends, families, and businessmen looking to drastically reduce current journey times. It will deploy a fleet of amphibious Cessna Grand Caravan EX aircraft (holding up to eight passengers each), offering the flexibility to take off and land at waterfront locations such as beach resorts and marinas.

According to a company spokesperson, Siam Seaplane will start out by launching routes from Bangkok’s Suvarnabhumi Airport with a maximum flying time of about 90 minutes. This puts popular beach destinations like Hua Hin and Pattaya (Jomtien) well within reach. Another place in the lineup is Koh Kood, a large jungle-cloaked island of just 2,000 people (and home to the barefoot luxury resort Soneva Khiri) not far from the Thai-Cambodian border.

At the moment, getting there from Suvarnabhumi Airport involves a three-hour schlep that’s evenly split between a flight to Trat, a drive to the pier, followed by an hour-long ferry or speedboat ride. Siam Seaplane says the flight duration from Bangkok would be just over an hour, and those taking off from Jomtien would reach the island in only 30 minutes. The amphibious aircraft will also be used for routes inland to towns such as Kanchanaburi, typically a three- to four-hour drive from Bangkok. Siam Seaplane is aiming to take travelers there in less than an hour.

The company plans to extend its coverage to southern Thailand, and is already partnering with selected resorts and marinas to determine appropriate take-off and landing sites. These will be no less than 335 meters from shore to avoid contact with swimmers and beach operators; Siam Seaplane has said it will have trained personnel in dinghies and jet-skies to patrol and clear the area before each landing. 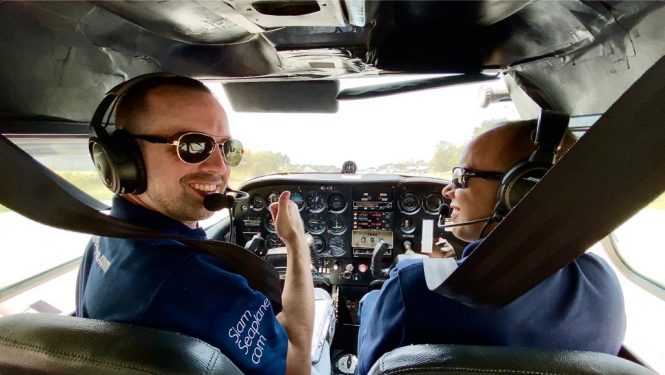 All smiles in the cockpit. (Photo: Siam Seaplane) 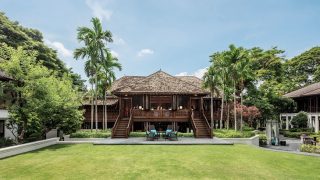