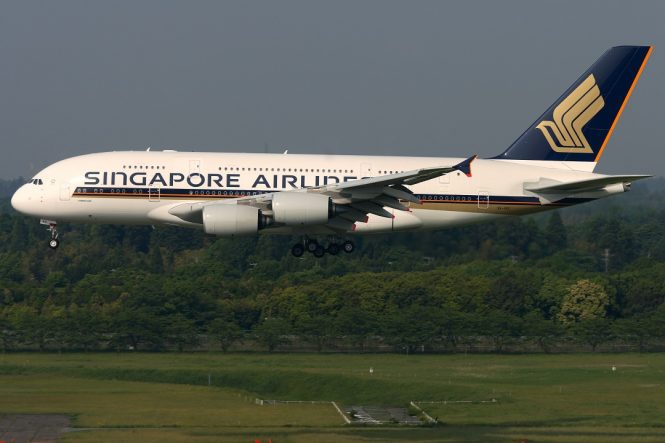 All photos courtesy of Singapore Airlines

For the first time since the Covid-19 pandemic began, Singapore Airlines will be bringing back its beloved Airbus A380s for long-haul travel, with the aircraft deployed on one of its daily nonstop services between Singapore and London. SIA already serves the British capital with 18 return flights per week, and the frequency will be bumped up to 21 from November 1, ahead of the A380’s reintroduction on the route.

From November 18, outbound flight SQ 322 will depart Changi at 11:45 p.m. and arrive in London at 5:55 a.m. local time the next morning. November 19 will see the resumption of flight SQ 317, which is scheduled to take off from Heathrow at 10:55 a.m. and touch down in Singapore at 7:50 a.m. the following day. The latter will become the designated quarantine-free flight from London under Singapore’s Vaccinated Travel Lane arrangement with the U.K.

SIA’s configuration of the superjumbo jet seats up to 471 passengers; six first-class suites and 78 business-class seats are housed on the upper deck, while the main deck accommodates 44 travelers in premium economy and 343 in economy class. Thanks to the recent reopening of the airline’s SilverKris Lounge at Terminal 2B in Heathrow, passengers in premium classes will be able to relax in comfort before boarding their flights.

Mohamed Rafi Mar, Singapore Airlines’ General Manager for the U.K. and Ireland, said in a statement, “The return of the Singapore Airlines’ A380 to the skies is a positive step toward international travel recovery.” He added that the carrier was “delighted” to offer its customers “enhanced travel options between London and Singapore.” 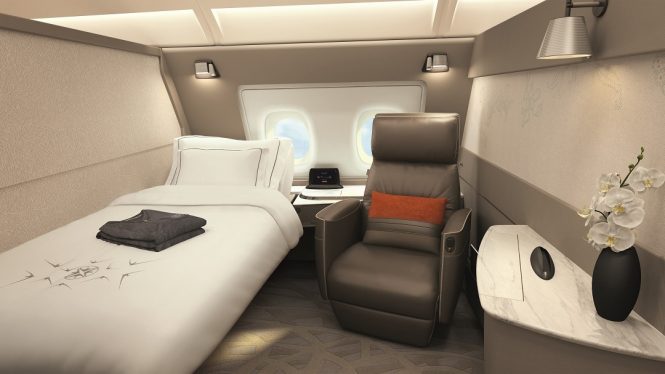 Singapore Airlines’ first-class suites are only found aboard its Airbus A380s.

Two other global airlines have previously announced the reinstatement of their A380s by the year’s end. British Airways will deploy the aircraft on short-haul routes to Frankfurt and Madrid from November 8, before utilizing them for long-haul services to Dubai, Miami, and Los Angeles in early December. Qatar Airways has also committed to bringing back the superjumbos in the next two months. The Gulf carrier has said they were needed to make up for lost capacity due to the grounding of 13 of its Airbus A350s over concerns the fuselages were “degrading at an accelerated rate.” From December 15, Qatar Airways’ A380s will be used for twice-daily flights between Doha and London Heathrow and daily services to Paris CDG.