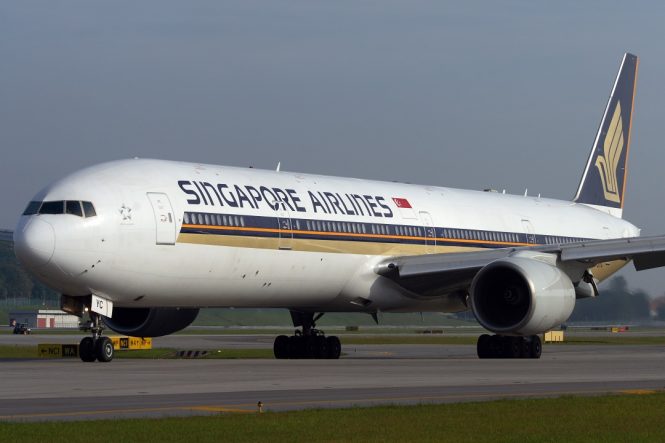 With international borders across the Asia-Pacific region still shut to holidaymakers, and airlines suffering from unprecedented economic woes amid the Covid-19 pandemic, aviation firms are being forced to seek out alternative ways to earn revenue. According to a report in The Straits Times, sources close to Singapore’s flag carrier say the company is now looking to launch domestic “flights to nowhere” from Changi Airport by the end of October, with each one lasting about three hours. An SIA spokesman did not confirm any details of the plan to The Straits Times journalists but said the airline was “considering several initiatives that would allow us to continue engaging both our customers and members of the public.”

If Singapore Airlines does follow through with the idea, it will not be the first in the Asia-Pacific region to offer “flights to nowhere.” Last month, All Nippon Airways turned a regular maintenance flight for one of its colorfully painted A380 Flying Honu aircraft—typically deployed on the airline’s Narita–Honolulu route—into a sightseeing trip for 334 passengers selected by a lottery. The 90-minute Narita-to-Narita charter service treated customers to an onboard “Hawaiian resort experience” through special video screenings, a lucky draw, tropical drinks like mojitos and pineapple juice, and take-home souvenirs.

In a similar vein, EVA Air celebrated Taiwanese Father’s Day in early August by taking paying customers on a three-hour circuit of Taiwan aboard one of its Hello Kitty–liveried Airbus A330-300 aircraft. The fully booked charter service from Taoyuan International Airport flew passengers over Japan’s Ryukyu Islands, then along the rugged eastern coast of Taiwan down to Eluanbi lighthouse on its southernmost tip, before heading back north to Taoyuan via the same route. Customers were given Hello Kitty amenity kits and meals designed by Motokazu Nakamura, the sixth-generation head chef of Kyoto kaiseki restaurant Isshi Soden Nakamura. A second EVA Air sightseeing flight later in August was also booked out.

Perhaps the most extreme examples of domestic “flights to nowhere” are to be found Down Under. Qantas plans to operate seven Antarctic sightseeing flights from November to February, all involving a 12- to 13-hour return journey from a handful of Australian cities.