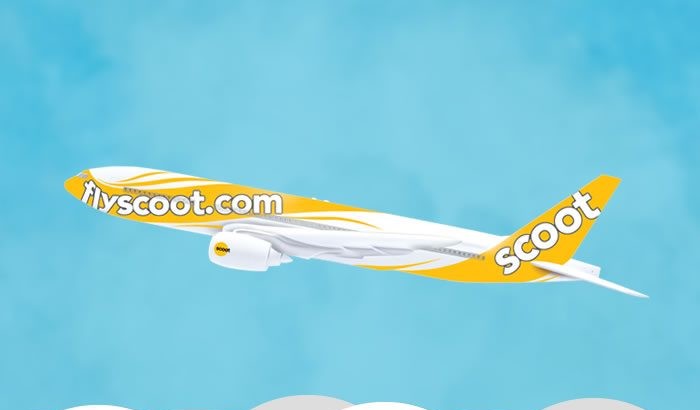 Singapore Airlines has announced that its upcoming budget airline will defy convention with a short and quirky name: Scoot.

The unusual airline name “conveys spontaneity, movement, informality and a touch of quirkiness — all attributes we intend this company to be known for,” CEO Campbell Wilson is quoted as saying on the airline’s website, flyscoot.com.

Set to debut in mid-2012 with a fleet of four B777-200 aircraft, Scoot will offer no-frills service on medium- and long-haul routes to and from Singapore, promising fares up to 40% lower than those of legacy carriers.

The airline, which will operate independently from parent company Singapore Airlines, will launch with destinations in Australasia and China. It also plans to acquire long-haul aircraft and expand into India, Europe, Africa, and the Middle East over the coming years.

The formation of Scoot, first announced in May, was among the first major decisions made by Singapore Airlines CEO Goh Choon Phong, who assumed the role at the beginning of the year. “We are very excited about what our new low-fare subsidiary will offer to consumers,” he said at the time. “We are seeing a new market segment being created and this will provide another growth opportunity for the SIA Group.”

SilkAir, an SIA subsidiary recently crowned regional airline of the year by the CAPA Centre for Aviation, will continue to operate as a regional carrier.

Singapore Airlines is Returning to Manchester

Operated with an Airbus A350 and flown three times a week, the flights are due to resume next month.