The official roster of Italy’s most beautiful small towns has grown with the recent recognition of half a dozen heritage-rich communities across the country. The monastery of Santa Maria dell’ Isola is perched on a rocky promontory above the beaches of Tropea. (Photo: iStock)

Enticing visitors to explore beyond Italy’s well-trodden destinations, I Borghi più belli d’Italia, an association that promotes small Italian towns and villages of historical and cultural interest, has recently added six more communities to its 300-plus-strong network. For an authentic, traditional slice of the bel paese, look no further.

The northernmost addition to the lineup is Montechiarugolo, in the Apennine foothills of Emilia-Romagna. Surrounded by farms and fields, the municipality is distinguished by an imposing 15th-century castle that now serves as a museum. Other highlights include the nearby spa complex of Terme Monticelli and Parmesan culinary classics like tortelli d’erbetta: squares of pasta stuffed with ricotta, eggs, nutmeg, and spinach.

In Umbria, Monteleone d’Orvieto owes its listing to a medieval town center that gives “the impression that time has stopped”; views from its Piazza del Torrione over the Chiana Valley recall the landscapes of Renaissance master Pietro Perugino. Then there’s Bassano in Teverina, an hour’s drive south overlooking the Tiber Valley. A hamlet of Etruscan origin, it’s home to less than 1,400 people and numerous points of historical interest including well-preserved fortifications and an ancient necropolis. Next on the list is Casoli, a hilltop maze of cobbled alleys and palazzi in Abruzzo where the views stretch from the wild Maiella mountains to the shores of the Adriatic. Monte Sant’Angelo, meanwhile, lies to the southeast on Puglia’s Gargano Peninsula. A pilgrimage site since the early Middle Ages, the whitewashed town’s attractions include the UNESCO-listed sanctuary of San Michele Arcangelo and the ancient beech forests of the nearby Foresta Umbra.

Last but not least is Tropea, described by the association as an “extraordinary symbiosis between history, environment, and intangible heritage.” Set above the Tyrrhenian Sea on the toe of Italy’s boot, this Calabrian port — founded, according to legend, by Hercules — is famous for its atmospheric historical center, red onions, and beautiful coastline. Another plus? Fiery sunsets that frame views of the volcano on Stromboli.

This article originally appeared in the March/May 2021 print issue of DestinAsian magazine (“Small is Beautiful”). 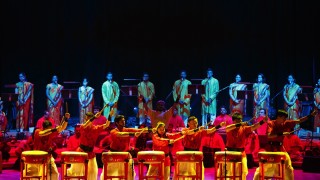 As the celebrated month of this annual arts festival approaches, Penang and the whole world is geari... 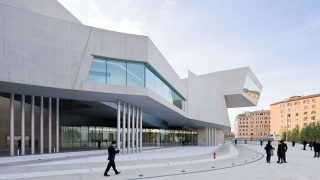 Just in time for International Museum Day, a series of major attractions around the Italian capital ...