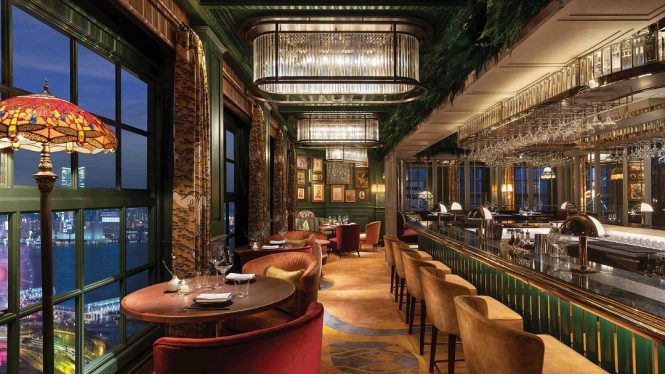 The main bar and drawing room at The Aubrey, located inside the Mandarin Oriental, Hong Kong. (All photos courtesy of their respective hotels)

Never ones to rest on their laurels, Hong Kong’s hyper-competitive hoteliers have been putting the pandemic downtime to good use. Opened amid the hubbub of Wan Chai in December, The Hari is the city’s latest design hotel, with tech-led rooms, a big terrace bar, and two swish restaurants: Zoku and Lucciola. Over in Quarry Bay, EAST has zhuzhed up its own dining spaces, added a new coworking-style café, and refurbished all 345 rooms with zingy contemporary art and work-friendly furniture. There are new sleeping arrangements at The Upper House, too, where homegrown design hotshot André Fu has reinvented the top suite — everything is natural, tactile, and gorgeous — and new Mediterranean restaurant Salisterra, which replaces Café Gray Deluxe. 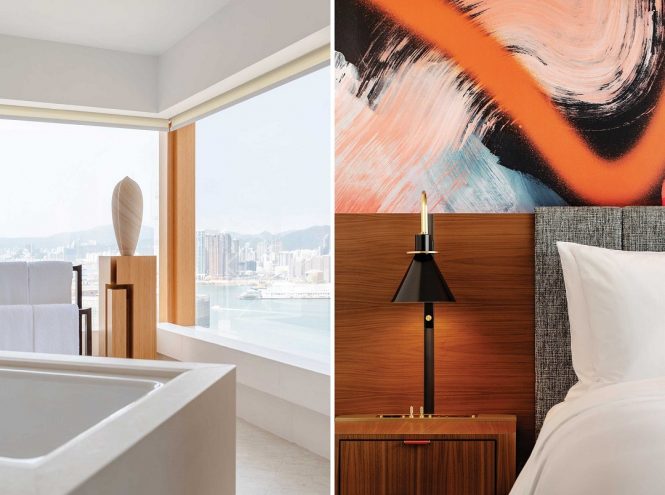 Left to right: The spa-like bathroom of the André Fu Suite at The Upper House; a refurbished room at EAST Hong Kong.

At Island Shangri-La, Parisian designer Tristan Auer has transformed the Horizon Club rooms from dark and dated to champagne-hued havens with painted silk screens and lavish bathrooms. The Four Seasons has also redone its guest quarters, introduced a convivial lobby café, and replaced the Blue Bar with cocktail-driven Argo. Not to be outdone, the Mandarin Oriental now has its first club lounge as well as a stately new look for Michelin-starred Man Wah. But the scene-stealer is The Aubrey, a 25th-floor bar with maximalist interiors, an izakaya menu, and chi-chi cocktails. 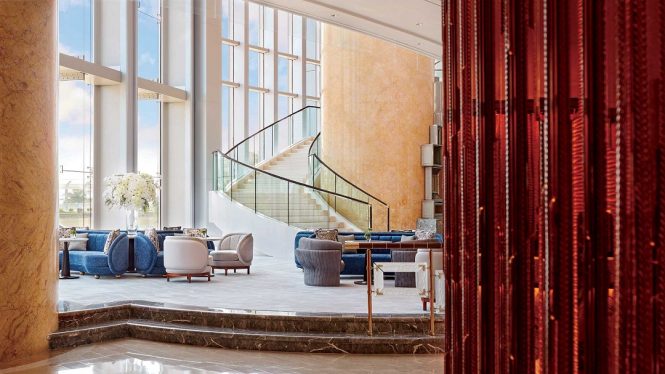 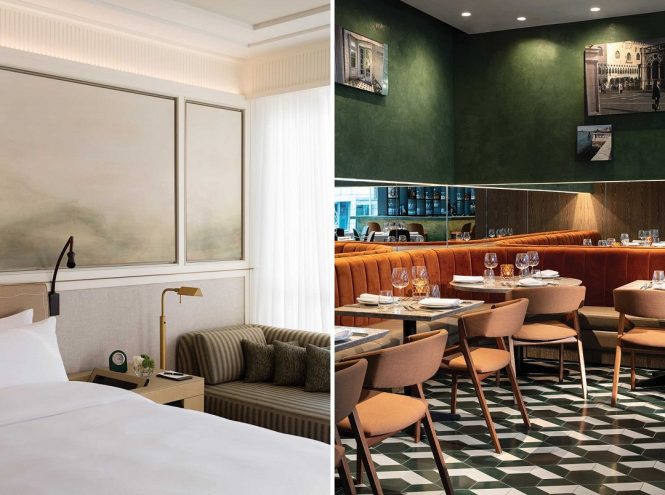 Left to right: A new-look Horizon Club Peak View room at the Island Shangri-La; Lucciola, the Italian restaurant at The Hari Hong Kong. 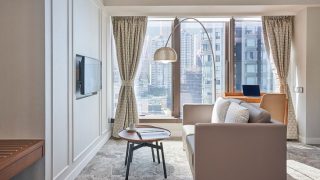 Harbor vistas beckon from some rooms at this smaller option on the edge of the hip Sai Ying Pun area...