With the 50th anniversary of Earth Day coming up this week, we present a selection of must-read DestinAsian articles that celebrate the incredible natural beauty of our planet. 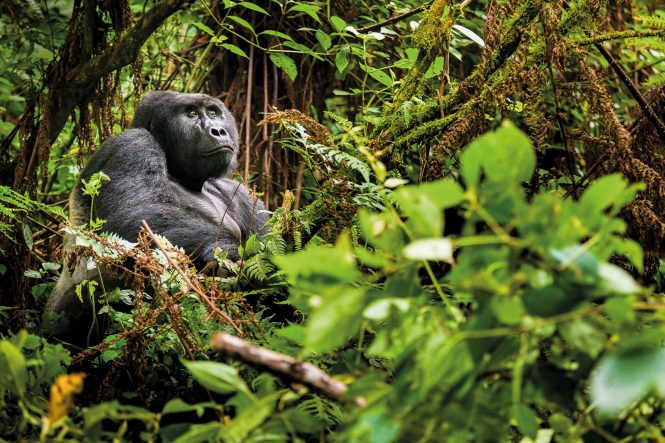 American journalist Todd Pitock revels in a bucket-list experience for many adventure-minded travelers: seeing the endangered mountain gorillas of Rwanda, a tiny East African nation that has found ways to move on from its dark past. Pitock touches on the legacy of Dian Fossey, one of the Trimates (a.k.a. Leakey’s Angels)—three female primatologists who became pioneers in the study of great apes in their natural environments. Although the late scientist was strongly opposed to wildlife tourism, the charity she founded now supports Rwanda’s sustainable and conservation-led approach, in which visitors must pay a substantial US$1,500 for a gorilla-viewing permit and abide by strict rules while trekking in Volcanoes National Park. An elephant on the shores of Lake Kariba, a dammed waterway on the Zambezi. (Photo: Jen Judge)

A formidable husband-and-wife team based in New Mexico, writer Aaron Gulley and photographer Jen Judge take readers through the natural wonders of Zimbabwe, from Victoria Falls to Hwange National Park, the country’s largest game reserve, where they spot lions, hyenas, and Cape buffalo. Elephants and hippos await them later on at Mana Pools National Park, as does a leopard stalking its prey. Gulley and Judge make a brief foray outside Zimbabwe for a floating safari experience on the Zambezi Queen and realize its wildlife reserves have few of the tourist crowds more commonly seen in neighboring Botswana and Namibia. The story also offers a snapshot into a particular time of general optimism following the ousting of longtime dictator Robert Mugabe, which occurred just months before their visit in June 2018. 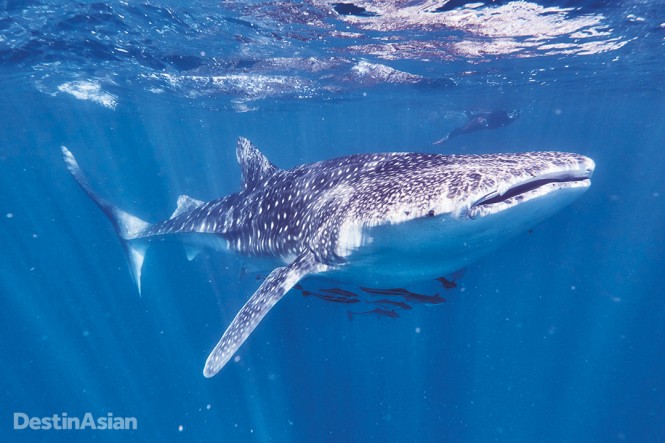 The Marine Wonders of Ningaloo Reef

In this narrative, former editor of Australian Traveller Georgia Rickard makes a cross-country schlep from her home in Sydney to reach Western Australia’s remote Coral Coast and the UNESCO-listed Ningaloo Reef, a 260-kilometer-long undersea wonder that can be seen from space. The writer explores how the region balances environmental protection with tourism: she meets a marine biologist who was an influential lobbyist in getting the reef recognized by UNESCO, before swimming with giant mantas, and eventually whale sharks—Ningaloo’s celebrated seasonal visitors—over the course of two hours spent in the open ocean. On land, Rickard encounters a rare echidna and grazing wallaroos, marsupials that are smaller than their kangaroo cousins but larger than wallabies. 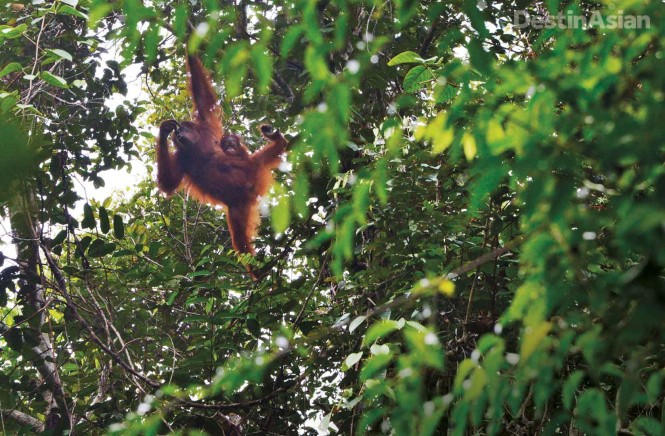 Bali-based contributor Mark Eveleigh recounts his trip in the East Malaysian state of Sarawak to visit the dense jungles of Batang Ai National Park and its immediate surroundings, where longhouse communities of the Iban tribe continue to depend on the rain forest for their survival. Eveleigh writes of the local Ibans’ close relationship to the endangered orangutan, the great red ape found only on the islands of Sumatra and Borneo. The orangutans living in Batang Ai have fared better than their counterparts elsewhere in Sarawak, as the primates are protected by tribal taboo. This is a potent reminder of the importance of safeguarding indigenous traditions when it comes to conservation in a Southeast Asian context. 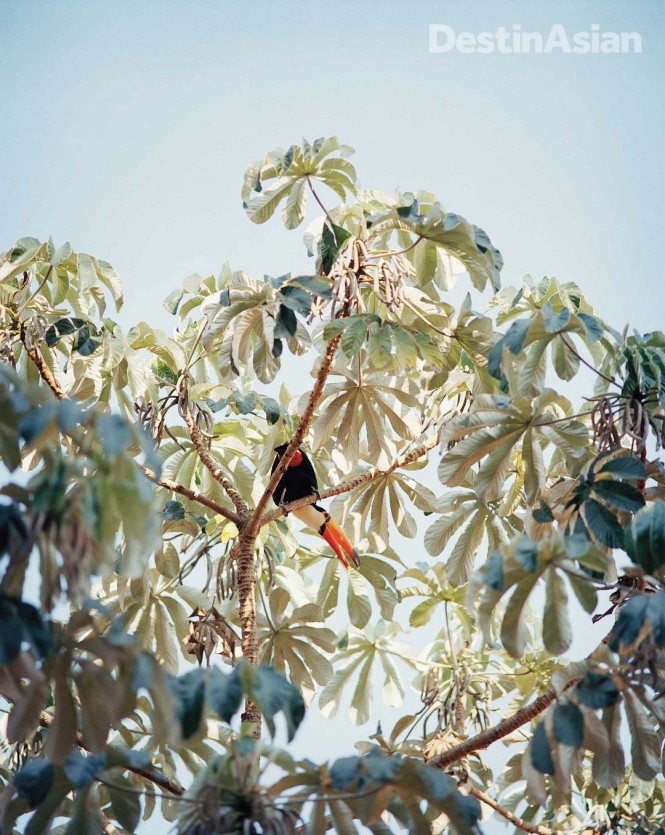 Cowboys and Wildlife Spotting in Brazil

From his hometown of San Diego, longtime journalist Joe Yogerst ventures to the remote Pantanal region of west-central Brazil, home to the largest swamp on the planet, a seasonally flooded expanse that is almost the size of Great Britain. The Pantanal’s wetlands teem with all manner of native wildlife: jaguars, anteaters, caiman crocodiles, and birds like the hyacinth macaw, which, as Yogerst learns, was brought back from the brink of extinction. He brings up the deep connection between local cattle ranchers and nature, while highlighting the frontier spirit of this sparsely populated corner of the world and its centuries-old Pantaneiro cowboy culture. 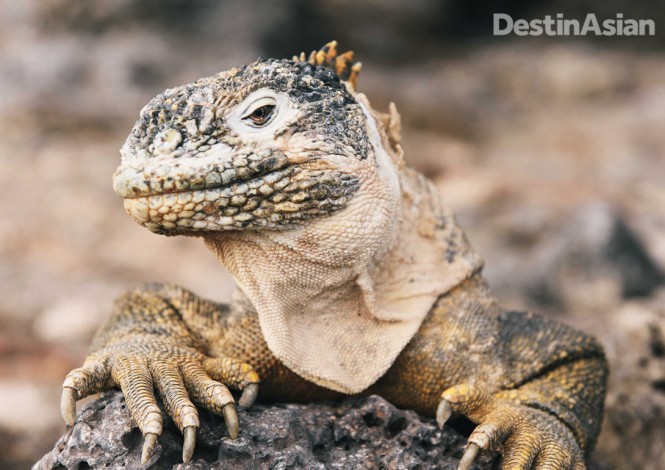 On a Cruise through the Galápagos Islands

Florida-based freelance travel writer Terry Ward penned this engrossing and humorous account of a family vacation in one of South America’s premier eco-tourism destinations. Being seven months pregnant at the time meant that diving was off the cards, but she could still take in the Ecuadorean archipelago’s rich marine life. “I was amazed by all you can see snorkeling—from sea lions and white tip sharks to sting rays and sea turtles,” Ward says. Thanks to shore excursions led by two Galápagos National Park naturalists, her weeklong journey aboard a 10-cabin luxury cruiser also revealed up-close encounters with land-based fauna including blue-footed boobies, waved albatross, as well as the islands’ famous iguanas. 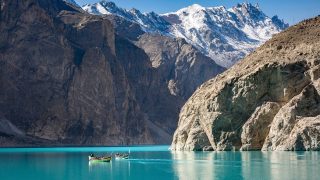 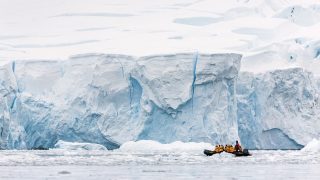 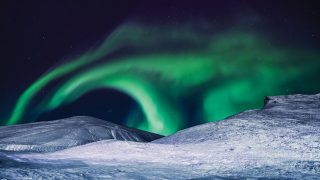 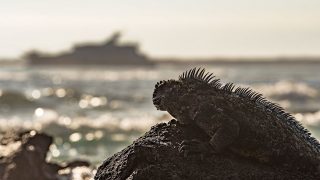 Cruising is staging a comeback in the Ecuadorian islands with a raft of new vessels and itineraries...