We recommend these activities for Singapore residents planning to visit the territory for a year-end break. Once the preserve of criminals, police officers, and magistrates, Tai Kwun – Centre for Heritage and Arts opened in 2018 following an extensive restoration done in step with a makeover by celebrated Swiss architecture firm Herzog and de Meuron. Initial plans for an observation tower nodding to the city’s continued use of bamboo scaffolding were scaled back to create the simple, respectful volumes of the JC Cube and JC Contemporary art galleries, both clad in perforated aluminum facades inspired by the brickwork of their older neighbors. Visitors can tour the former jail, take stock of changing exhibitions, and kick back in the drinking and dining venues that flank the parade ground—an impressive courtyard with a towering mango tree planted by Sikh and Punjabi policemen brought over from India in colonial times. 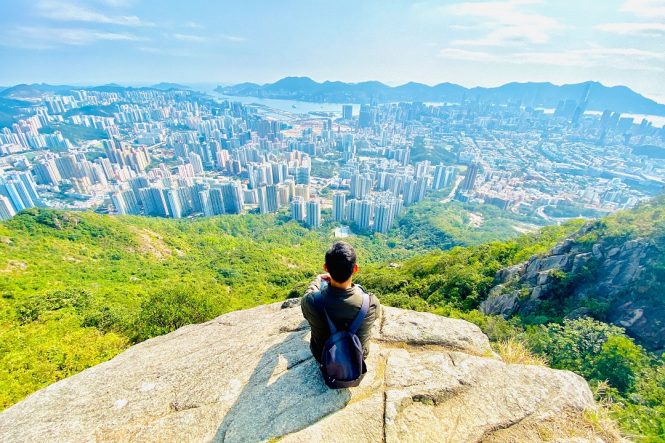 Hike to the top of Lion Rock

Thanks to mild temperatures and lower humidity levels, winter is undoubtedly the best time to tackle Hong Kong’s hiking trails. Strap on a sturdy pair of shoes and make a beeline for Lion Rock, a 495-meter mountain in Kowloon that is revered as a symbol of Hong Kong’s can-do spirit; think of it as an adventurous alternative to Victoria Peak. The reward for a two-hour uphill slog comes at the exposed summit ridge, where panoramic views stretch out over the entirety of the Kowloon Peninsula and parts of the New Territories. Should you decide to stay till sunset, be sure to bring a strong flashlight and extra batteries as there are no lampposts beside the trail. This blog post has detailed information on getting there and suggested routes to take. 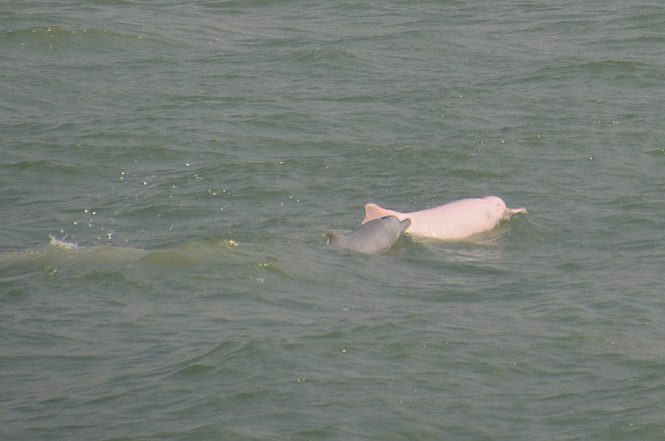 Pink Indo-Pacific humpback dolphins have long inhabited Hong Kong’s offshore waters, but pressures from increasing marine traffic, industrial pollution, and the construction of large-scale infrastructure projects have caused their population to dwindle over the past 15 years. The Covid-19 pandemic gave the adorable cetaceans a temporary reprieve: scientists say dolphin numbers have risen 30 percent since March, thanks in no small part to the suspension of high-speed ferries between Hong Kong and Macau. Should you wish to see the rare, bubblegum-pink mammals, opt for Hong Kong Dolphinwatch, a long-standing sustainable tour operator that runs half-day excursions every Wednesday, Friday, and Sunday, with a pick-up and drop-off point conveniently located in the heart of Kowloon’s Tsim Sha Tsui area. 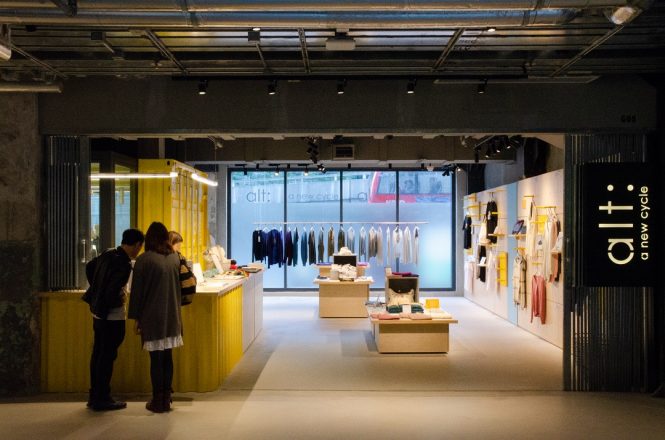 A concept store at The Mills. (Photo: James Louie)

Browse the design-savvy stores at The Mills

Tsuen Wan might be well off the radar for most Hong Kong–bound travelers, but those looking for one-of-a-kind souvenirs have good reason to visit this unassuming neighborhood right at the end of its namesake MTR line. Here, local conglomerate Nan Fung Group has transformed its 1960s-built cotton yarn factory into a design hub called The Mills, centered on a soaring, skylighted atrium. Upstairs, there’s an art center dedicated to passing on the legacy of Hong Kong’s textile industry, while the shops around the complex largely showcase the work of local makers. Look out for womenswear by up-and-coming fashion designer Kenny Li, Eoniq’s luxe mechanical watches, and home decor and accessories from sustainability-minded concept stores Pimary and Haustag. Feeling thirsty? The Mills also hosts a clutch of third-wave coffee shops, along with an outpost of The Ale Project, which stocks craft beers from Hong Kong’s own Young Master Brewery.

Also read: Shop Some of Hong Kong’s Coolest Local Designers at The Mills 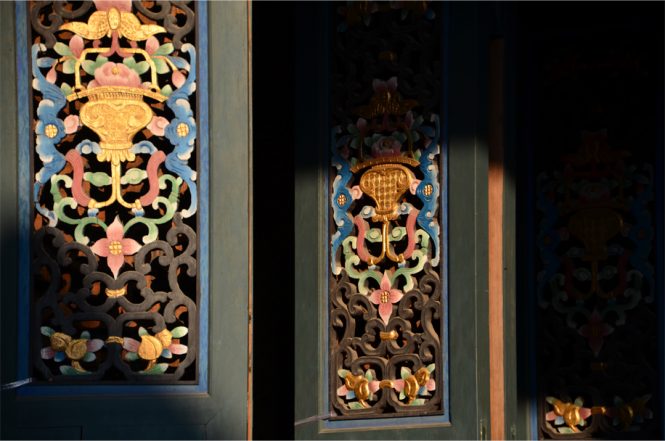 No visit to Hong Kong is complete without a jaunt into the New Territories. Fans of traditional Chinese architecture should spend an afternoon wandering the Ping Shan Heritage Trail, which begins right outside Tin Shui Wai MTR station in the Yuen Long District. The easy walking route encompasses a string of well-preserved landmarks and historic sites, such as a three-story ancient brick pagoda, the walled village of Sheung Cheung Wai, and two ancestral halls belonging to the Tang clan, a prominent local family whose roots in the area go back at least 700 years. Don’t miss the Qing-era Kun Ting Study Hall, built for students preparing for the imperial civil service examination, and its adjoining guesthouse. At the end of the trail, you’ll find an informative visitor center and heritage gallery housed inside a police station dating from 1899. 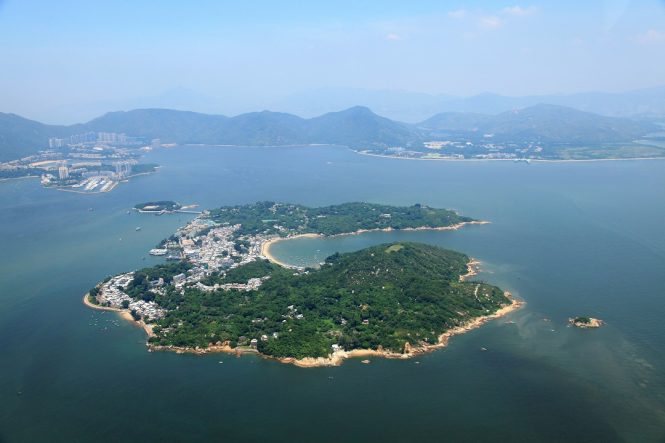 A drone’s view of the small island of Peng Chau. (Photo: Geographer/Wikimedia Commons)

Hop on a ferry to Peng Chau

Lantau, Lamma Island, and dumbbell-shaped Cheung Chau might be the most popular of Hong Kong’s outlying islands, but low-key Peng Chau is worth a visit too for its laid-back charms (and the fact that it gets far less attention from weekend day-trippers). A short walk from the main pier, Chiu Kee Porcelain [link in Chinese] has been turning out hand-painted tableware and crockery since 1970, while weekends-only Sun Sat Store is known for its vintage Hong Kong–made collectibles. After enjoying distant views of the city skyline from Finger Hill, Peng Chau’s highest point, fill up on classic dim sum at Hoi King Seafood Restaurant or try the prawn- and fish-based dishes at family-run eatery Faai Che Cha Chaan Teng. 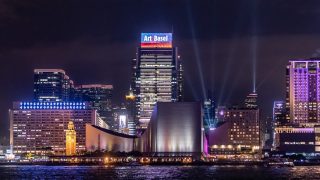 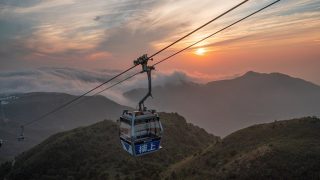 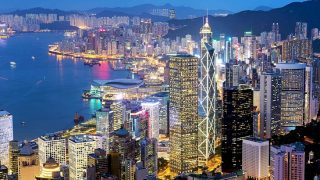 Starting tomorrow, all returning travelers except for those coming from Mainland China must self-iso... 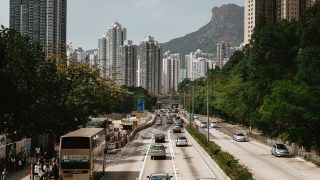 Residents can expect to see more targeted “ambush lockdowns” in the next 10 days. 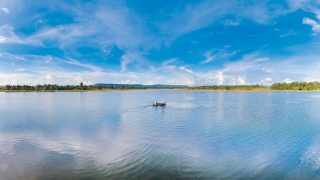