On June 21, the longest day in the Northern Hemisphere, see the sun rising over one of Britain’s most recognizable landmarks from the comfort of your living room. 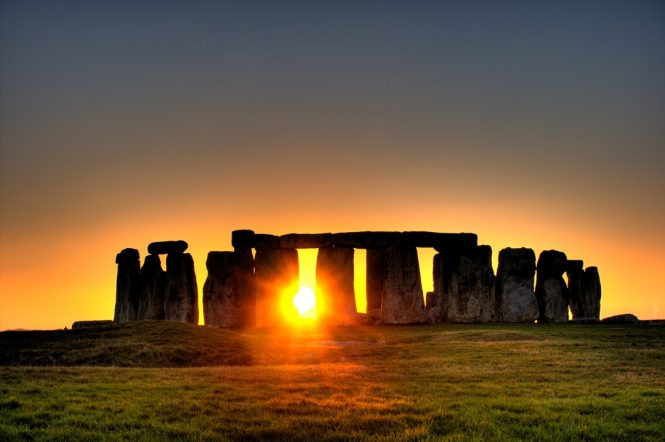 The morning sun shining through the center of Stonehenge. (Photo: Wikimedia Commons)

What might the druids of Stonehenge have done when faced with a pandemic? The much-awaited summer solstice celebrations at this iconic UNESCO World Heritage Site in the English county of Wiltshire may be cancelled this year, but there’s one way to virtually take part no matter where you are in the world. English Heritage, the charity that manages the 4,500-year-old Neolithic monument, will be livestreaming the sunrise from Stonehenge on June 21 for the very first time.

Stonehenge director Nichola Tasker said in a statement, “We hope that our [livestream] offers an alternative opportunity for people near and far to connect with this spiritual place at such a special time of year, and we look forward to welcoming everyone back next year.”

Though it remains a mystery as to who built Stonehenge and how its massive stones were transported and lifted into place, the astronomical significance of this prehistoric wonder cannot be doubted. June 21 marks one of two dates in a year when the rays of the morning sun shine through the very center of the site (the other is December 22, the winter solstice).

Ordinarily, thousands of revelers from all over the world gather overnight at Stonehenge to watch the sun rising over the standing stones, heralding the arrival of midsummer in a jamboree that begins at 7 p.m. the night before and ends at 8 a.m., about three hours after first light. While roped barriers typically keep tourists away from the monoliths, those who come for solstice celebrations are given the rare privilege of roaming freely across the site and wandering into Stonehenge’s inner circle.

Come June 21, the sunrise will be streamed on the social media channels of English Heritage.