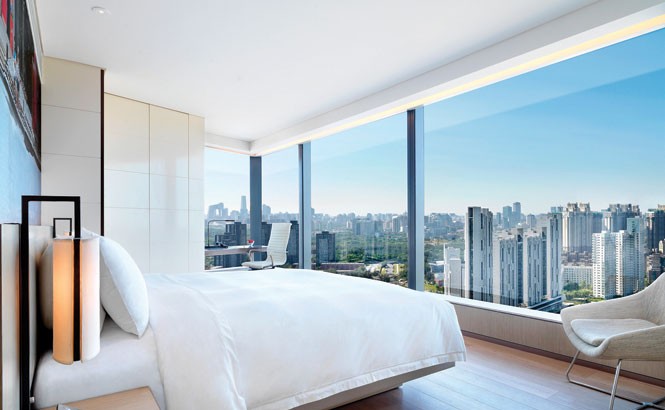 Swire Hotels has followed the success of its first East hotel in Hong Kong with East, Beijing (22 Jiuxianqiao Lu; 86-10/8426-0888; east-beijing.com; doubles from US$125), in the center of the Chinese capital’s Chaoyang district. Designed by UK-based Benoy, the property’s 346 guest rooms and 23 suites are minimalist but lustrous, thanks to floor-to-ceiling glazing and walls painted a lucent white. Rooms on the 24th and 25th floors have access to Upstairs, East’s executive lounge, which offers iPads and Wi-Fi connectivity at no extra charge, while the hotel’s public spaces display plenty of contemporary art, drawn from the local community and farther afield. The location may be out of the way for some, but for culture vultures, Beijing’s Dashanzi Art District is just a short drive to the north. –Chris Kirkpatrick.