Residents of the Northern Beaches suburbs are being asked to stay at home as states and territories impose new rules on NSW travelers. 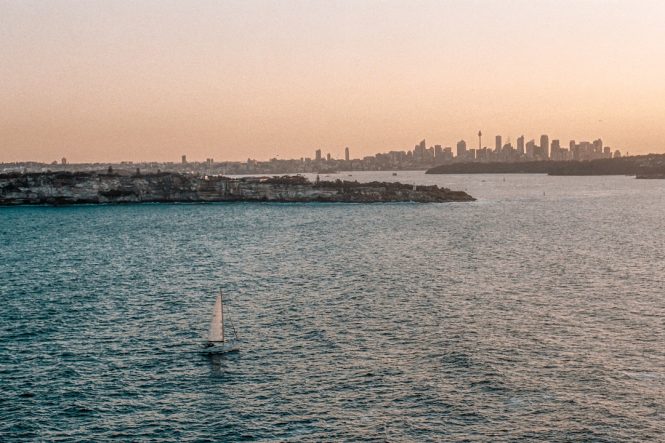 A growing cluster of locally transmitted coronavirus cases in Sydney’s Northern Beaches area is disrupting travel plans for thousands of Australians as the country heads into the peak summer holiday season. An additional 10 cases were reported overnight, raising the figure to 28, with the source of infection still unknown. State and territory leaders elsewhere have responded by announcing travel bans and new restrictions for travelers from the area and in some cases, the rest of New South Wales.

Health authorities in the Australian Capital Territory now require mandatory testing and a strict two-week quarantine for arrivals from Sydney’s Northern Beaches, and also for those already in Canberra who have been in the affected area since last Friday. Queensland has declared the Northern Beaches a Covid-19 hot spot, and residents of the Sydney suburb arriving from 1 a.m. on Saturday onward will have to undergo mandatory hotel quarantine. Anyone in Queensland who has been in the hot spot on or since December 11 must be tested and go self-isolation for 14 days from the date they left the Northern Beaches.

Health alerts have been issued in Brisbane and the Sunshine Coast after authorities found that a positive case from the latest Sydney outbreak flew to Queensland while infectious. Similarly, 9News reports that one person in Victoria has been identified as a close contact of a positive case in Sydney and is now quarantining inside a hotel.

Victoria will be rolling out a new traffic-light permit system for travelers from New South Wales at midnight tonight. People who have visited high-risk sites and those from the Northern Beaches (i.e. the Red Zone) will be barred from entering Victoria. The rest of Greater Sydney has been categorized as an Amber Zone, meaning that travelers will be issued permits, although they must be tested and self-isolate until their results are returned. Those from regional New South Wales, classified as the Green Zone, will have permits granted without further testing.

South Australia is also reinstating cross-border permits for New South Wales travelers, while the Northern Territory is forcing travelers from the Northern Beaches to immediately go into supervised quarantine in either Alice Springs or Darwin. Tasmania has banned all arrivals who have been in the affected area unless formally approved as an essential traveler.

Western Australia is requiring­­­­­ all arrivals from the Northern Beaches to immediately self-quarantine for 14 days and be tested on the eleventh day; those already in the state who have been in New South Wales at any time from December 11 must be tested as soon as possible and self-isolate until they receive a negative result. State authorities have not ruled out a return to a hard border should the Sydney outbreak worsen.

Mandatory quarantines will be dropped for fully vaccinated travelers coming in from Germany and Brun...

Australia to Reopen Borders from November

Residents of states that have vaccinated 80 percent of their eligible population will no longer be b...

The country will stay at Alert Level 4 until Friday night, but Aucklanders are being asked to stay a...

New South Wales is now in the second stage of its reopening plan, with the next phase slated for Nov...