It will follow the debut of two new passenger services from the city to holiday destinations in Vietnam. 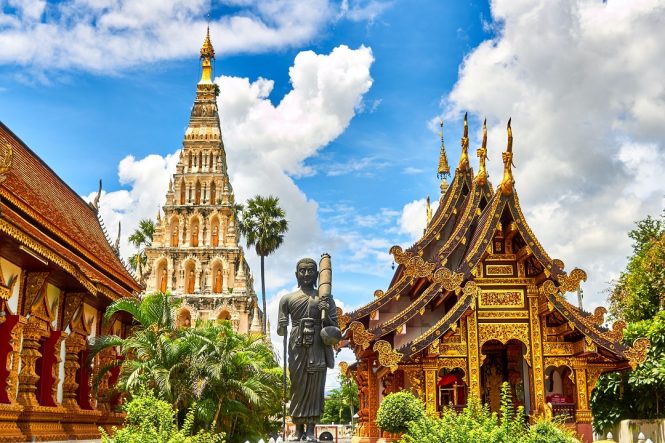 Now that Taiwan is back on the radar for foreign tourists and quarantine restrictions have been scrapped, AirAsia’s Thai subsidiary will be serving Taipei with thrice-weekly flights from northern Thailand starting on December 15. On Tuesdays, Thursdays, and Saturdays, flight FD 242 will depart Chiang Mai at 10:05 a.m. and reach Taiwan Taoyuan International Airport at 2:40 p.m.; FD 243 is then scheduled to leave Taipei at 3:20 p.m. and return to Thailand’s second city at 6:30 p.m. local time.

With the addition of this latest service, Thai AirAsia and its Malaysian counterpart will soon operate a total of 12 routes out of Chiang Mai, including eight domestic routes, to Bangkok Don Mueang and Bangkok Suvarnabhumi, Hat Yai, Hua Hin, Khon Kaen, Krabi, Phuket, and Surat Thani. AirAsia currently flies on a daily basis between Chiang Mai and Kuala Lumpur, while Thai AirAsia’s inaugural services from Chiang Mai to Da Nang and Hanoi are due to happen next week.

Surapun Homkajorn, AirAsia Station Manager Chiang Mai, said in a statement, “Demand for domestic routes has increased significantly since the third quarter, as we continue to resume and reintroduce international routes. Chiang Mai remains a strategic hub for Thai AirAsia and is one of the fastest growing. Its first international flights to Hanoi and Da Nang will take place on October 30, followed by Taipei, providing even more options for travel to people in Thailand’s north.”

To celebrate the launch of the new route, AirAsia members can now book special fares starting from only THB 2,990 (about US$78) per trip via the airasia Super App. The promotional period only lasts until November 6, and tickets will be valid for travel from December 15, 2022 through June 2023.