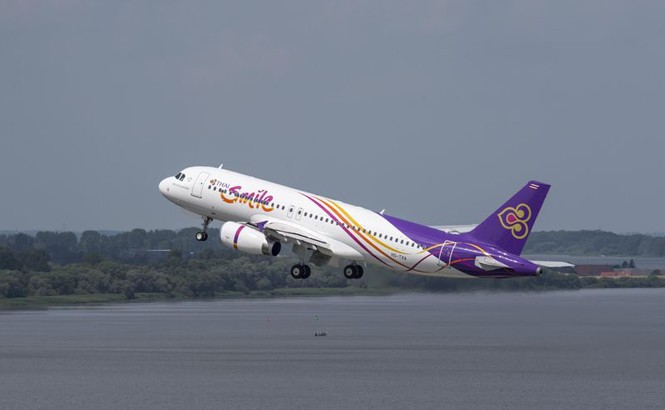 Thai Smile, the low-cost arm of Thai Airways, has taken delivery of its first Airbus A320 in Hamburg, Germany.

The Bangkok-based carrier will start regional operations on July 7 with daily flights to Macau, before flying domestically to Krabi, Chiang Mai, Surat Thani, and Phuket. These will be followed by new routes to more international destinations.

The 174-passenger aircraft is the first of 11 A320s to be delivered by mid-2015. The initial six units are being leased, while the remaining five are being purchased directly from Airbus and will be equipped with new “Sharklet” wing tip devices, which deliver up to 3.5 percent in fuel savings.