But all arriving passengers must spend 14 days in self-isolation at an Alternative State Quarantine facility. 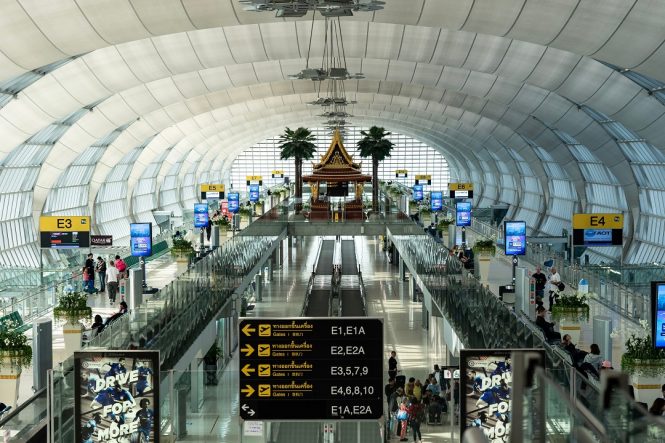 According to local media outlets such as the Thai Enquirer, Thailand’s Ministry of Transport has announced that inbound passenger flights operated by 10 international carriers have been given the green light, thanks to an apparent improvement in the pandemic situation.

From the Middle East, Emirates, Etihad, and Qatar Airways are all running daily flights to Bangkok. Cathay Pacific already operates four flights a week from Hong Kong, while Singapore Airlines is serving the Singapore–Bangkok route on a thrice-weekly basis. Taiwanese carrier Eva Air will operate two flights a week from Taipei Taoyuan International Airport from Oct 25.

These routes are not limited to areas that have largely controlled the spread of Covid-19. Four European airlines are resuming inbound services even as their home continent grapples with a second wave of infections. Lufthansa, Swiss, and Austrian Airlines recently secured approval from the Civil Aviation Authority of Thailand to operate thrice-weekly flights to Bangkok, which will gradually increase to a total of 18 weekly flights next month. KLM is slated to restart nonstop services from Amsterdam on Oct 25.

No updates have been given for whether locally based carriers will be allowed to relaunch their international routes. Thai Airways has scheduled 15 repatriation flights throughout this month to five destinations, namely Hong Kong, Taipei, London, Copenhagen, and Stockholm. All returnees and incoming foreign citizens are required to spend 14 days in mandatory quarantine at a Bangkok hotel, with swab tests conducted between three and five days after their arrival and another round of tests between the 11th and 14th days of the self-isolation period.

In related news, the first batch of overseas visitors under Thailand’s new Special Tourist Visa program will arrive this afternoon. A Spring Airlines flight from Shanghai carrying a total of 41 long-stay travelers (and 30 repatriated Thai citizens) is touching down in Suvarnabhumi Airport at 5 p.m. This will be followed on October 26 with another 100 vacationers from Guangzhou. Thailand is currently holding talks with China to open up a “travel bubble” to help save its ailing tourism industry, with the aim of restarting two-way quarantine-free travel between the two countries as soon as January 2021, just in time for the Lunar New Year holiday.