The country has moved into Phase 4 of its lockdown measures as no new locally transmitted infections have been recorded in the past 21 days. 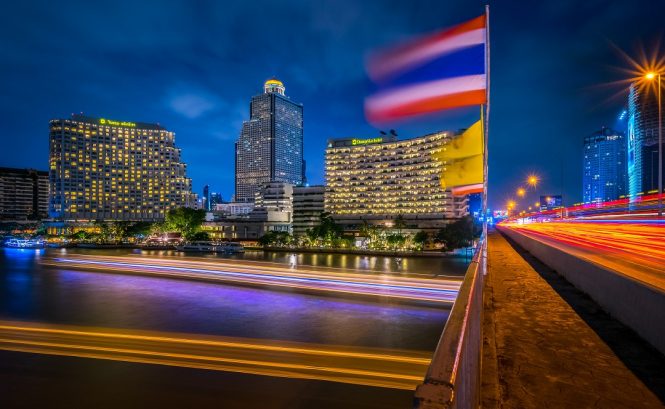 Life in Bangkok—and other cities across Thailand—is largely returning to normal this week, with an estimated 95 percent of the local economy able to reopen. Though the Thai government’s emergency decree remains in effect to control all entry points by air, land, and water, the country-wide nighttime curfew imposed on April 3 was completely lifted at 11 p.m. last night.

Starting this week, restaurants, food courts, and hotels can now serve alcohol on the premises, however, no promotional activities (such as happy hour) are allowed. Nightlife venues are seen as having a greater risk of disease transmission—an assumption borne out by examples of Covid-19 clusters that emerged in Hong Kong and South Korea—so pubs and bars, as well as karaoke lounges, remain closed for now.

Under Phase 4, residents can look forward to more leisure options. Cinemas are allowed to resume operations, as are banqueting and dance halls. Hotels, theaters, and cultural centers can hold events and performances, with patrons kept at least one meter apart from each other. Music concerts will be carried out with social-distancing measures in place; audiences may be asked not to sing exuberantly to create more droplets. Museums and science centers like the Bangkok Planetarium are also able to reopen to the public.

Spas, Thai massage parlors, and saunas have permission to reopen with a reduced number of customers, with each one allocated at least five square meters of space. The same rule applies to group exercises of up to 50 people at parks and sports fields.

In addition, the government has green-lighted the reopening of amusement parks, swimming pools, water parks, and playgrounds, though bouncy castles and ball pits are still prohibited due to the high amount of physical contact that usually takes place. Sports venues will be able to host competitions like football matches, but without spectators.

All public and private transportation between Thailand’s provinces can now resume. Buses can be filled to up to 70 percent of their total capacity, and unlike previous phases of the lockdown, airlines will no longer need to leave every other seat unoccupied—so long as passengers wear face masks throughout the flight.