Transportation companies are getting people back on the move this week as the count of new coronavirus cases nationwide continues to dwindle. 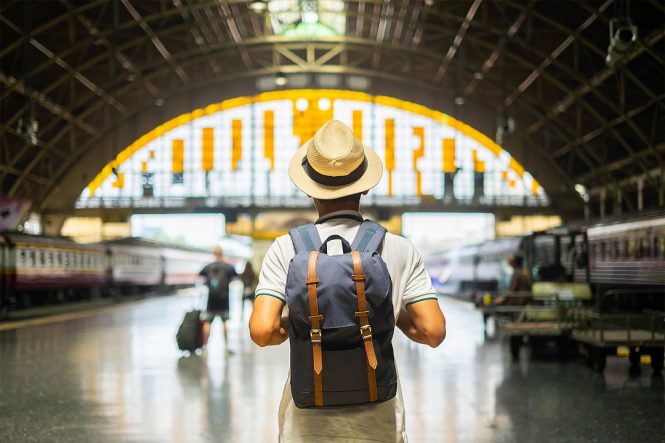 Now that Thailand has entered the second phase of its Covid-19 exit strategy, inter-provincial train and bus services are gradually coming back on stream. The State Railway of Thailand (SRT) announced the resumption of four long-distance rapid train routes between Bangkok and Chiang Mai, Hat Yai, Ubon Ratchathani, and the border city of Nong Khai starting yesterday. For services to and from Hat Yai, trains will terminate at Thung Song Junction in the province of Nakhon Si Thammarat due to ongoing lockdowns further south in Phatthalung and Songkhla. Additionally, SRT has added 34 intercity and local train services back onto its schedules.

One of the largest bus companies in Thailand, The Transport Co., has also restarted 16 routes between the capital and destinations in the country’s north, northeast, and eastern region after suspending operations for more than a month. It is once again possible to hop on a bus from Bangkok to Chiang Mai, Chiang Rai, or destinations in Isan that include Buriram, Surin, Si Saket, and Loei. Those planning to head south will have to wait until June 1 for The Transport Co. to connect Bangkok with Ko Samui, Phuket, and Trang.

Domestic air travel resumed earlier this month, but Phuket International Airport remains shut, thanks to a surprise move by the Civil Aviation Authority of Thailand to reverse its decision to reopen the island’s main point of entry this past Saturday. Although Phuket had recorded 13 days with no new confirmed infections at the time, authorities expressed a concern that the situation there was “still considered a risk that must be monitored to … stop the spread of the disease to other areas.”