The proposal to reopen the kingdom’s borders to long-stay travelers is getting an enthusiastic response in northern Europe. 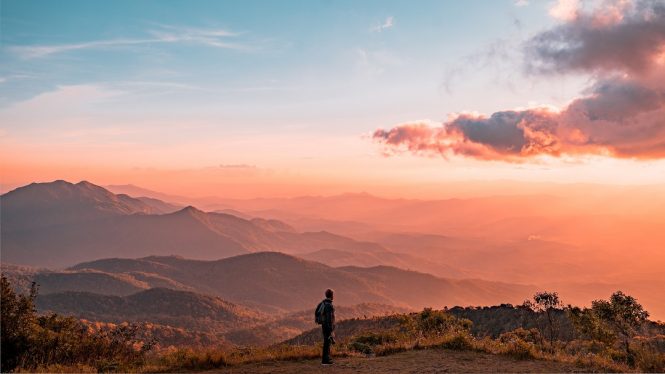 A hiker in the mountains outside Chiang Mai. (Photo: Colton Duke/Unsplash)

Thailand has long been a favored destination for Scandinavians escaping long winters, so it is perhaps no surprise that more than 10,000 inquiries were made about its Special Tourist Visa program for long-stay travelers through Thai embassies and tourism offices around the northern European region. And given that Mediterranean countries such as Spain that are now seeing a sharp resurgence of the virus, more Scandinavians may be inclined to look to low-risk long-haul destinations for their year-end break.

Officials from the Tourism Authority of Thailand (TAT) told journalists at the Bangkok Post that its offices across Europe had received calls and emails asking about the visa process and period of validity for long-stay permits, but they were not able to give concrete details as they were still awaiting an official announcement by the Thai Immigration Bureau. In contrast to Scandinavia, the appetite for long-stay vacations among UK travelers appears to be lower, as only six percent of the 1,200 people polled in a survey conducted by TAT London last month were willing to undergo a 14-day mandatory quarantine on arrival in Thailand.

Under the draft plan currently being considered by the government, inbound travelers must consent to a two-week quarantine and buy a Covid-19 health insurance policy that will cover up to US$100,000 of medical costs per person. Thailand’s tourism ministry has pledged to bring the first batch of international visitors into the country as soon as October, with these tourists flown in on chartered flights and sent to quarantine in Bangkok hotels used to house repatriated Thai citizens since the beginning of the pandemic.

Phuket has also been gearing up to receive long-stay travelers in the coming months. According to the Bangkok Post, overseas visitor arrivals to the island province will be limited to about 360 passengers per month during the initial stages of the scheme. Five hotels on the island now certified as alternative quarantine facilities, including Anantara Mai Khao Phuket Villas, Trisala Phuket Villas & Residences, and Anantara Phuket Suites & Villas; another 73 hotels have applied for the same certification. Provincial authorities plan to have around 2,500 hotel rooms ready for use for quarantining tourists by October.