A hundred years on, the villagers of Cizhong still produce wine from cuttings of those early vines using the methods handed down by the last missionaries, who left in 1949 on the eve of the Communist Revolution. The results are a little rustic. The first wine I try, over dinner at the Songtsam Cizhong Lodge, is clearly off—an intense hit of acid followed by a very odd but distinct taste of yak cheese.

Lui Wan Zhen’s winemaking skills fare better. A Christian of the Naxi ethnic group, he learned the craft from his grandmother. Sitting in the sunroom of his family’s blue-and-white-tiled courtyard house, Lui pours me a 10-year-old red that has been aged in oak barrels purchased in northern China. It shows several characteristics of a great wine—dark cherry in color with a plush blackberry nose and syrupy texture that sticks nicely to the side of the glass. Except, like all the others I try in Cizhong, it has long since acidified and turned into vinegar. Sharp and rich, it would fit perfectly with some olive oil as a salad dressing.

“It’s really good for the digestive system,” says Lui, reading my mind as I ponder the health benefits of antioxidant-rich vinegar. Lui produces around 500 liters of the stuff a year from his organic vineyard, selling what he doesn’t drink at home to the few intrepid tourists who make the six-plus-hour drive from the nearest airport.

Cizhong’s little Romanesque church is still standing too, surrounded by the thick blackened trunks of the original rose-honey vines. The resident priest, Father Yeoh, a jovial man with two missing front teeth, tries his hand at making wine from them, although he admits he isn’t very good at it yet.

That evening I attend mass. It’s a balmy night for October, still warm enough to forgo a jacket. Still, such weather hasn’t persuaded the local faithful to venture out. Only five people have come to hear Father Yeoh preach about community and forgiveness. All are elderly: two Tibetan women brandishing walking sticks, their heads wrapped in pink and blue scarves, sit next to Lui Wan Zhen’s mother, across the aisle from a pair of Naxi men in faded blue suits.

It makes for a surreal experience, sitting on a pew in a French-built church high in the remote mountains of northern Yunnan, surrounded by century-old grape vines. Bordeaux may be more than 8,000 kilometers away, but for a brief moment, I feel transported to its distant climes.

Where to Stay
Songtsam Lodges operate five small luxury hotels in off-the-beaten track locations in Diqing prefecture, including Songtsam Meili (doubles from US$225) in the tiny village of Gujiunong, which overlooks the peaks of the Meili Mountain Range; and Songtsam Cizhong (doubles from US$220), set amid vineyards and rice fields near the banks of the Lancang River. 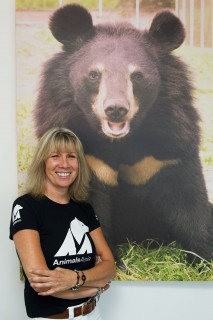