For lunch I drive to the Arts District, which previously housed much of L.A.’s creative community in an informal capacity—its homeless population and latent crime made for cheap rents. Developers have since bet on a neighborhood comeback; luxury condos have already begun to spring up nearby. Wurstküche on East 3rd Street is the prevailing success story of the micro-hood, set up by business-school dropout Tyler Wilson and his industrial-designer cousin Joseph Pitruzzelli. Opened in 2008, back when the warehouse-lined street was mostly artist studios and a sushi bar that never carded, the restaurant sells hundreds of gourmet sausages per day and has now spawned a new outlet in Venice Beach, with another in the pipeline for Denver. Google “Pitruzzelli,” however, and get a taste of the bitter battle between the artist residents and the sausage joint that is making a little too much noise for their liking. Wurstkuchesucks.com was once a lively domain for the discussion. Neighborhood squabbles aside, the restaurant was a first-mover and major renewal force in the area.

“I always knew that there was a giant infrastructure around here, and that it was vacant and abandoned,” Pitruzzelli tells me from his light-flooded office-warehouse. “We had to have believed that something creative and interesting would emerge to have moved here.”

From Wurstküche, I wander into the newly opened Alchemy Works, which bills itself as a “gallery, retail, and events space concept.” The trendy Warby Parker sunglasses brand has a permanent outlet inside, sharing a wall with tiny espresso bar Blacktop Coffee, a joint venture between Wurstküche and the founder of cult coffee shop Handsome Coffee Roasters.

Stopping in at nearby Apolis I meet Shea Parton, a founder of the social-retailer that sources its sleek messenger bags and slightly-rugged-yet-polished jackets from Uganda, Peru, and Bangladesh. Parton looks straight out of an Abercrombie & Fitch catalogue rather than a formerly derelict artists’ neighborhood.

“Joseph Pitruzzelli! Man, that guy is a legend,” he enthuses. “When he was opening the restaurant during the recession of 2008 everyone said, ‘You want to open a rare sausage and craft beer garden now? You must be crazy!’” Parton’s business partner and brother, Raan, also happens to be married to the founder of Alchemy works, Linsday Parton. It seems that everyone is connected in this part of town.

I chat later with Tony Esnault, the Loire Valley–born chef of Church and State, another early-mover in the Downtown dining scene. He sums up the familial feeling of the city well. “What I like about Downtown is that it’s very much like a village,” he says. “I know every business here like they are family.”

Esnault formerly helmed the basement restaurant at the Walt Disney Concert Hall, Patina, where he earned a perfect four-star L.A. Times review before packing his knives for digs deeper in Downtown’s depths and a more casual genre of cuisine. I prod him about the move, his love for the local dining scene—and why he left cushy jobs as Martha Stewart’s personal chef and a position within the Alain Ducasse empire.

“People are more open and free and creative Downtown,” he says. “There’s more of an open spirit here. It should always be like that.”

I CHECK INTO THE Ace Hotel Downtown L.A., the last property opened by Ace Hotels founder Alex Calderwood before his untimely death last year, apparently from a drug overdose. Calderwood was a visionary in the boutique hotel industry, creating a design-driven brand of hotels in youthful, creative cities. Instead of your standard shoe-shine kit, think Pearl + Detox soap-on-a-rope and hooded French terry robes cut in boxing-ring styles. His vision dovetails effortlessly with the Downtown vibe.

I’m meeting my former college roommate, Margaux, for dinner. A rap on my hotel room door tells me she has already arrived; she was always the more prompt of us two. Margaux is a stunning brunette with catlike eyes and sculpted shoulders; even in a city filled with pseudo-models and a generally attractive population, she turns heads. She also happens to be a project engineer for the Ace Hotel’s construction team and has promised me an insider’s tour.

We catch up at the Ace’s L.A. Chapter restaurant over a meal of house-made ricotta and stuffed rabbit loin, which mostly means me listening to her meticulously explain the intersection of the hotel’s avant-garde design and her un-sexy job of making sure safety code was met. In the lobby, a furry wall installation done by the Hass Brothers—whose art adorns the first and second floors—had to be sprayed with flame retardant to pass building inspections. A lighting designer wanted to install an unsupportable installation directly above the Upstairs bar. The water heater failed during the soft-launch of the hotel, requiring an overhaul of the system in the 11th hour.

“Do you want to see the theater?” Margaux adds breathlessly, referring to the reinvigorated United Artists Theater that recently hosted the space-rock band Spiritualized. “I don’t want to make any promises, but I know there is a door that leads there from the hotel.” There appears to be some sort of raucous office party or wedding reception on the second floor, so said door is ajar for ventilation, and no one is sober enough to see two girls slip through it.

The theater is totally dark save glowing green lights near the ceiling. I am suddenly aware of the massiveness of the space as my eyes adjust. I can make out the Gaudí-esque Spanish Gothic architecture of the space and intricate turrets, like stalactites, dripping from the vaulted ceiling. I shiver next to Margaux, not cold, just in admiration.

We finish the night at the rooftop bar beside the aptly named “spool” (spa-cum-pool.) Men flock to Margaux while I observe the patrons: bearded hipster professionals, well-dressed twentysomethings with Chanel bags, and a lot of people who look like aspiring DJs. Bored and annoyed with her male acquaintances, Margaux has one last idea up her sleeve. We return to my sixth-floor room where she noticed the fire escape open. Kicking off our spikey heels we scale the sloping roof until we are gazing at the back of the iconic Jesus Saves sign. We exhale there for a minute, feeling quite small behind the glowing proclamation. 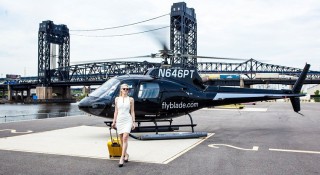 Passengers will receive luxury services and amenities throughout the flight, from cocktails to La Me... 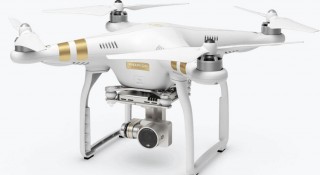 The facility is one of the six Unmanned Air Systems (UAS) test sites in the US that has been approve...