The Louvre Abu Dhabi’s dome rises above Walking Man, On a Column, a bronze sculpture of Auguste Rodin by Fonderie Coubertins.

Dubai may hog the limelight when it comes to ground-breaking architecture in the United Arab Emirates, but the Louvre Abu Dhabi in the nation’s capital looks set to change that.

This hovers over a “museum city” of 55 white-walled cubic pavilions that take in the entire scope of human civilization, with precious artifacts ranging from a two-headed Neolithic statue found in Jordan and a 10th-century South Indian bronze Shiva, to Renaissance pieces, Japanese namban folding screens, and paintings by Piet Mondrian and Jackson Pollock.

Half of the 600 artworks on display are on loan from major French institutions like the Musée d’Orsay, the Centre Pompidou, and of course, the Louvre, which will take charge of curatorial leadership at its Emirati outpost for the next 15 years.

This article originally appeared in the December 2017/January 2018 print issue of DestinAsian magazine (“Raising The Roof”). 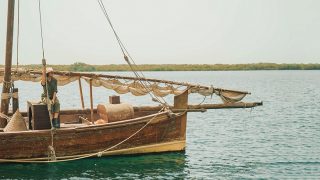 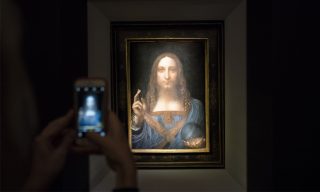 After hogging the headlines for many years, the US$108 million-worth Louvre Abu Dhabi in the United ... 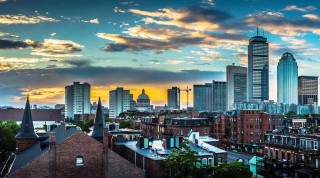 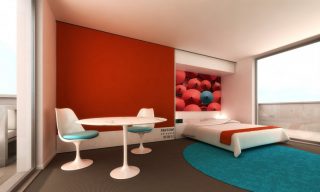 The highly anticipated attraction frames the city in a two-towered structure that stands tall in Dub...