A bold new cultural facility traces the ancient roots and influences of the Indian community in Singapore.

Chinatown and the old Malay quarter of Kampong Glam have had their own heritage centers for at least a decade now, institutions that pay respective tribute to the pioneering generations of Singapore’s two largest ethnic groups. So it was surely only a matter of time before a similar establishment appeared in Little India, the historic hub of the city-state’s vibrant Indian community. That place—the US$15.6 million Indian Heritage Centre—finally opened in May, an artfully realized repository that celebrates the South Asian diaspora and its deep impact on Singaporean society, where one in 11 people are of Indian (predominantly Tamil) ancestry.

Managed by the National Heritage Board, the IHC occupies a corner plot on Campbell Lane, just across from the row of busy 1920s shophouses that constitute the Little India Arcade. The new building, an angular four-story structure of glass and concrete designed by local firm Greg Shand Architects, is at first glance a wholly contemporary addition to the neighborhood. Yet it cleverly synthesizes both the modern and the ancient with a diamond-patterned glass curtain wall that nods to the lattice-like jali windows of classic Indian architecture while providing a translucent facade for a series of external staircases whose geometry is predicated on the baoli, or Indian stepped well. At night, when lit up, the building resembles a glowing lantern.

Inside, the oak-floored exhibition spaces are cocooning and transporting. Remarkably, the IHC is the first museum in Southeast Asia to focus on the heritage of the Indian diaspora, and it traces their origins and influences through a series of thematic galleries filled with archival photos, newspaper clippings, and multimedia displays in both English and Tamil. One learns that while Indians were present in Malaya from the 15th century onward, the first to arrive in Singapore came as sepoys and servants with Sir Stamford Raffles in 1819. Another panel describes how Indian traders congregated around Chulia and Market streets, shipbuilders lived near North Bridge Road, and textile merchants honed in on Arab Street, a legacy still evident today. Associations and the print culture developed; Chettiars and Sikhs took on the roles of money lenders; and Indian Singaporeans as a whole excelled in the fields of politics, business, media, and the performing arts, an achievement highlighted on a wall in the lower gallery, where four large busts of Bose, Gandhi, Nehru, and Tagore—gifted by the Indian government —commemorate half a century of ties between the two countries.

The highest concentration of eye candy is in the first themed space, Early Contact, which explores India’s influence on Southeast Asia from the first century through the 1800s. Highlights include a 19th-century tiled Islamic facade from the Multan region of modern-day Pakistan; venerable Buddhist statues from India, Sri Lanka, and Java; an Angkor-era chariot decoration from Cambodia depicting the eagle-like Hindu divinity Garuda; Balinese wayang kulit puppets; and a trove of antique tunics, shawls, jewelry, and miniatures paintings. Perhaps the most impressive artifact is an ornate wooden Chettinad doorway from the late 1800s, its jamb and lintel decorated with 5,000 minute carvings. And the displays don’t focus exclusively on Hinduism; thoughtful interpretations of the role of Buddhism, Christianity, and Islam in the lives of the diaspora ensure that, as with Singapore
itself, a smorgasbord of cultures coexists in one space. 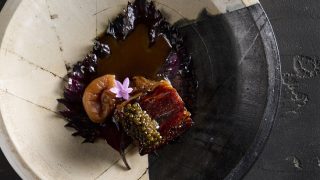 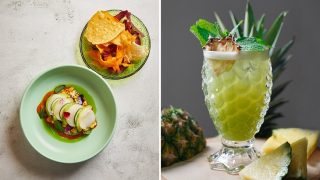 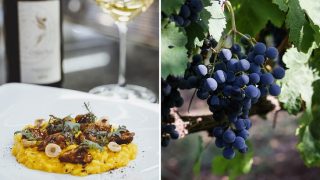