The heritage bungalow has undergone a facelift with a Buddhist temple–inspired roofline, teak accents, wraparound balconies, a serene spa and yoga pavilion, and 53 rooms. A guest wing at Azerai in Luang Prabang.

Legendary hotelier Adrian Zecha, founder of the Aman group, has chosen the temple-studded town of Luang Prabang as the first location for his new, more affordable brand, Azerai. Located opposite the night market and just blocks from an incredibly beautiful stretch of the mighty Mekong River, the hotel discreetly opened its doors last December without any fanfare—characteristic of Zecha’s penchant for subtlety. A heritage bungalow built for the French military in 1914 (in a later life it became the Phousi Hotel) has been given a facelift with a Buddhist temple–inspired roofline, teak accents, wraparound balconies, a serene spa and yoga pavilion, and 53 rooms. This all frames a 25-meter swimming pool—a rarity in Luang Prabang’s UNESCO-listed heritage zone—that shimmers under the dappled shade of a century-old banyan tree. Rooms boast the calm, Zen-like vibe that’s become synonymous with Aman properties, and while they’re smaller and more modest than your typical Aman accommodations, they retain a meticulous attention to design—think handmade furniture, daybeds, and intricate, hand-stitched Hmong textiles. Inside the resort’s airy, relaxed Bistro restaurant, British chef Ben Faker serves up authentic, family-style Laotian dishes that take advantage of the area’s rich and abundant produce. 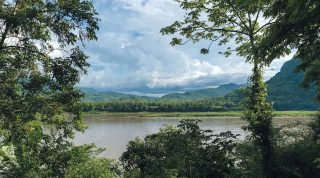 The passionate team behind a new botanic garden in Luang Prabang is shining a spotlight on native pl... 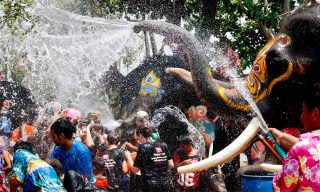 Make A Splash At These Water Festivals In Asia 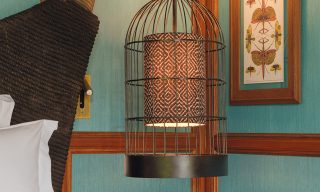 Save More When You Stay Longer at Rosewood Luang Prabang

Valid through October 2019, its More Rosewood offer promises an extra third night for every two nigh... 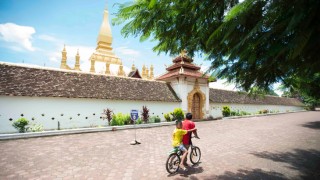 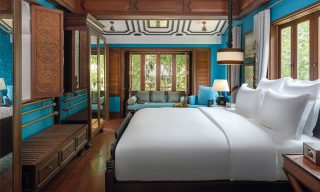 The tropical-elegant look and feel of the resort, by prolific Bangkok-based hotel designer Bill Bens... 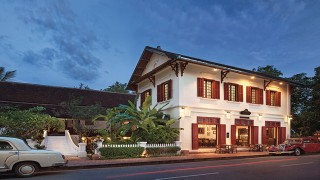 Dive deep into fascinating Luang Prabang, Laos and find out why it's Asia's hidden gem.