Marvel at the building’s unique angular shape, the cut-glass chandeliers and jewel-tone palette of the 271 guest rooms (which include nine sprawling suites). From an intimate tented camp in the green foothills of Bali to a converted 19th-century Jesuit retreat in Tamil Nadu, our editors and reviewers have roamed the Asia-Pacific region to bring together DestinAsian’s annual collection of the year’s top hotel openings. Read on to discover which new properties stood out from the rest in terms of service, setting, amenities, and a singular sense of style.

ITC Hotels’ second property in Hyderabad takes its name and inspiration from the Koh-i-Noor, the legendary diamond that once rested in a vault in nearby Golconda Fort. The results are undeniably impressive, from the building’s unique angular shape to the cut-glass chandeliers and jewel-tone palette of the 271 guest rooms (which include nine sprawling suites).

Elsewhere, hundreds of golden bangles hang suspended from the ceiling behind the reception in a tribute to the city’s Laad Bazaar, while inlaid bidri metalwork covers the pillars in the Golconda Pavilion buffet restaurant. All this sumptuousness is complemented by nifty in-room touches such as iPads for controlling everything from lights to TV, discreet valet cupboards, and Vitamin C showers.

The food, too, impresses. Regional Telangana and Andhra cuisine is the highlight at Golconda Pavilion, but be sure not to miss the kebab-laden royal cuisine of Hyderabad’s erstwhile Nizams at the opulent Dum Pukht Begum’s. Also on hand is a 900-square-meter spa—the perfect place to recuperate after a day exploring Golconda Fort, the Qutb Shahi Tombs, and the city’s other historical sites. 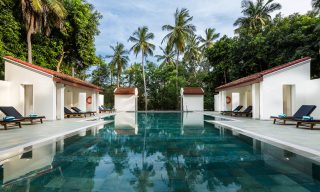 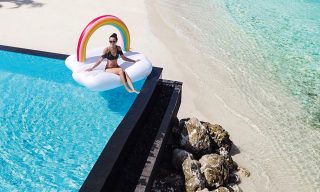 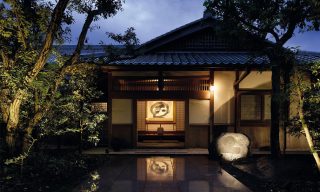 Built around a 40-year-old besso, or country villa, it features just 11 rooms and two tatami-matted ... 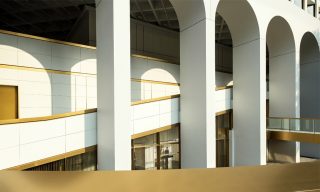 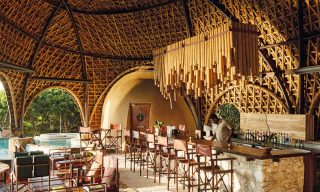 Set above a boulder-strewn shoreline near the entrance to Yala National Park, its 28 cocoon-like ten...