Beloved for its artsy, laid-back charm, the cultural hub of northern Thailand is growing increasingly sophisticated.

Stay
Akyra Manor Chiang Mai is the new kid on the block in the Nimmanhaemin area, where the hip boutiques, galleries, bars, and eateries are clustered. This is the first five-star property to grace the hip downtown neighborhood, offering real boutique intimacy with only 30 suites. Each one has been designed with a round white tub in the middle of a pebbled space that has the feel of an interior courtyard. Matte black surfaces, dark leather upholstery, glossy metal accents, and plush white linens in the guest quarters set a sophisticated tone. Elsewhere on the property, an Italian restaurant offers top-notch contemporary cuisine, and the rooftop bar with its glass-edged infinity pool is a stylish aerie for sundowners.

Eat
Get into northern rice culture at Anna Farm & Eatery, located inside the Ramrimna resort in the lush Mae Rim valley. Thai and international cuisine are served at tables overlooking a tableau of paddy fields framed by mountains and dotted with grazing water buffalo. Fresh produce picked straight from the restaurant’s own organic farm ensures delicious flavors, especially in its popular Thai herb salads.

Drink
Opened last May in an early 20th-century mansion that once housed the British consulate, The Service 1921 remains the most desirable spot for a tipple in Chiang Mai. It occupies a prime riverside vantage point on the grounds of the Anantara Chiang Mai resort, serving up cocktails with an Asian twist in a setting replete with vintage furniture and fictitious spy paraphernalia. Hungry patrons can now pair their drinks with an array of new Chinese dishes, such as the fancifully named Chairman Mao’s stewed pork belly ring leader, which is aptly dyed a fiery shade of red. Shop
Those on the lookout for unique decoration pieces should visit Elephant Parade House, a social enterprise that raises awareness and funding for conservation through a string of elephant statue exhibitions around the world. Each pachyderm is gorgeously painted by local artists and prominent celebrities, and the event will be held in Chiang Mai from December 9 this year to January 15, 2017. For the creative-minded visitor, there’s a workshop where kids and adults alike can spend hours painting their own resin elephant figurine. The shop sells limited-edition, handcrafted replicas of exhibition pieces and select products, with 20 percent of the profits going to elephant welfare and conservation projects. A statue for the Elephant Parade.

Do
Long a hub for traditional crafts and home to a vibrant community of artists, designers, and artisans, it’s a surprise that Chiang Mai only opened its first modern art museum a few months ago. MAIIAM Contemporary Art Museum Chiang Mai showcases one of the country’s largest private contemporary art collections, with over 200 paintings, sculptures, and mixed media collected over three decades by the Beurdeley-Bunnag family. There’s an impressive permanent collection of works by Thailand’s most prominent artists, space for visiting exhibitions, a screening room, and a section on the history of the aristocratic Bunnag family descended from King Rama V. 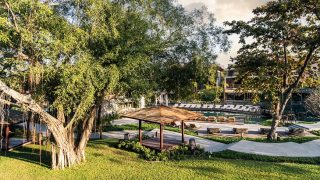 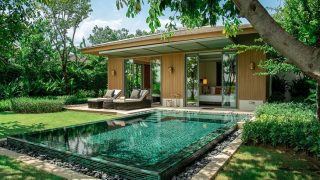 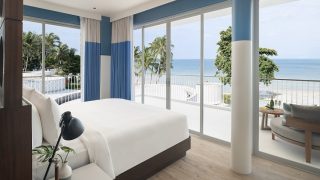 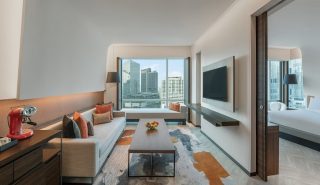