The Top End of Australia’s Northern Territory offers adventure writ large, as well as an intimate glimpse into the ways of its original peoples.

Everything is on a grand scale in the Northern Territory. The skies, the vistas, the land—and most certainly the crocodiles. Known locally as “salties,” Australian saltwater crocs can weigh up to 1,000 kilos, live to be 70 years old, and stretch more than six meters in length. The world’s largest reptile has adapted so well to life in the Northern Territory that there’s almost as many of them living here as there are people. But try as I might, I can’t spot a single one as I speed across the Mary River floodplains in an airboat. I also can’t think for the shrill cries of countless whistling ducks as they come in for landing, turning the sky black with their beating wings.

I am at Bamurru Plains, one of a crop of low-impact eco-lodges in the Top End, as the tropical northern reaches of the Territory are called. To get here, I’ve flown from Sydney to Darwin, then hopped on a 25-minute charter flight to the luxury bush camp’s dirt airstrip. By the time I finally arrive, I have no sense of how far I’ve traveled or how remote this place is. I’m doubly disoriented by the fact that Bamurru Plains is as close to the African safari experience as you’ll find in Australia. Situated on a 300-square-kilometer working buffalo station at the edge of Kakadu National Park, the lodge features just nine stilted bungalows with walls of mesh fabric that give you a front-row seat to life on the eucalyptus-studded savanna. But instead of hippos, you see buffalo wallowing in the mud; rather than a hyena caterwauling at night, you hear the barks of a distant dingo.

The first few hours are surreal as I adjust to the sense of space. I wander into the large dining room-cum-lounge that spills onto a breezy deck in the main building and help myself to some tea at the open bar.
Later that day, I sit on my bed and watch a lazy jabiru (black-necked stork) pick its way through the water like the old man of the marsh. Its spindly pink-orange legs and iridescent sheen reflect the dense afternoon light. A group of buffalo chew the cud nearby; one young male is so close I can hear the grass tear. In the evening, as a top-notch communal dinner is served— king prawns with tomato and salt bush, followed by steak and a decadent chocolate-and-orange soufflé—a herd of wild horses streaks across the savanna.

Over dinner the next night, my fellow guests—a mixed bag of American adventure-seekers and Australian sport fishermen—discuss their day’s activities: an exhilarating airboat tour, a bush-tucker walk, a four-wheel-drive safari to the mouth of the Sampan River. When I start telling Doug, an attorney from Ohio, how many birds I’d seen that afternoon, his eyes glaze over.

It turns out Doug spends his holidays hunting in the worlds’ most inaccessible regions. He tells me that his walls at home are lined with the heads of trophy animals. Mine, in contrast, is covered with a world map pinned with flags of wild-places-still-to-visit.

“But dang, no luck seeing a croc today,” Doug continues.

It’s good to know I’m not the only one. May, apparently, is the worst month for saltie-spotting. So I resolve to return to the Northern Territory at a different time of year—and this time with my family.

The opportunity comes when my sister, Jane, announces plans to visit from England in August with her husband and three sons, aged 10, 12, and 15. Knowing the low boredom threshold of teenage boys, my husband and I design a nine-day Top End itinerary that includes bush camping and a stay at an Aboriginal-run resort, all within a reasonable budget. I want to give Jane and her brood an unforgettable experience. I also promise crocodiles.

Tess Atie proves to be a perfect first host. The owner of Northern Territory Indigenous Tours, she spent her childhood camping in the bush in what is now Litchfield National Park, two hours by road southwest of Darwin and a popular weekend getaway for locals. If you’re “sick and tired of reef and rock, kangaroo and koala,” Tess says, then her intimate, immersive tours are just the thing.

As we climb into Tess’s well-equipped jeep, she lets us know how she wants the day to run, squeezing the cheeks of the youngest boy, Leo, who wiggles shyly away from her. “Now I haven’t got time for cold-shoulder people,” she says. “Even though I’m petrified inside, I want you mob to be as blunt as you like because you aren’t going to offend me.”

Over the next few hours we see “her country” in a completely different light as her stories bring us closer to the land and its original inhabitants. And it’s not all serious. She provides such entertainment that the boys draw up a long list of “Tess-isms” that they spout over and over. At one point, turning to the boys, she says with a straight face, “What you really need to watch for is them pigeons that sit in the Carpentaria palms.” They nod, expecting a gem of ancient wisdom. “’Cos they eat red berries and shit black all over the car.”

Unlike Kakadu National Park, where all creeks and billabongs are off-limits for swimming because of the salties, Litchfield offers plenty of spots for a refreshing dip. (Rest assured that the much smaller freshwater crocodiles you may see are benign.) Splashing around in a rock pool at Buley Rockhole whets our appetite for a picnic lunch at Wangi Falls, perhaps the most scenic of the many waterfalls that tumble off the park’s dramatic sandstone escarpment. It’s also a sacred Aboriginal women’s site. When Jaspar, the 15-year-old, asks what that means, Tess points to a fissure on the cliff wall shaped undeniably like a vagina. My nephew’s face turns beet red. Tess winks at me, then goes back to preparing lunch, turning fillets of wild barramundi over hot coals. 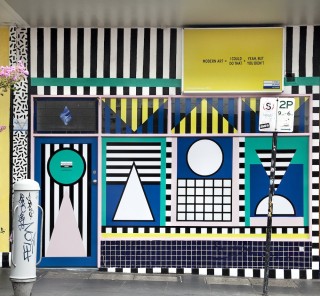 Artisan coffee, hipster hangouts, and strutting sartorialists are all the norm in Melbourne's Prahra... 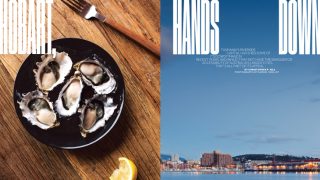