Home to nine restaurants and bars, as well as a full-scale nightclub, the 145-room property fuses old world charm with modernity. The super-chic Edition brand by Marriott International has finally made its way to Shanghai, China’s largest city by population.

And calling it over-the-top doesn’t even cut it — the newly opened 145-room property has nine restaurants and bars, as well as a full-scale nightclub. The historic building, first built in 1929, houses the hotel’s public areas and amenities, including restaurants, bars, rooftops, spa, as well as meeting and events spaces.

As such, the hotel brims with both old world charm and luxurious modernity, encapsulating Schrager’s vision of “simple sophistication” and “understated luxury”. The 145 guest rooms and suites feature state-of-the-art beds, which are adorned with imported Anichini linens, as well as custom designed furniture with carefully selected textiles. Meanwhile, the bathrooms are finished in white marble and detailed in contrasting black metal, with custom-scented Le Labo amenities.

Peek out of the slanted windows and you’ll find breathtaking views of The Bund, a lovely contrast to the warm interiors clad in light oak.

Guests can expect to unwind at a fully landscaped tropical roof garden, which is one of the few urban green spaces in Shanghai also equipped with a bar and cinema; as well as chill out at a swimming pool that’s sunk in stone and overlooking the city. Dining options are aplenty, ranging from all-day dining establishment Shanghai Tavern, which is helmed by Michelin-starred chef Jason Atherton, to Punch Room, a sophisticated cocktail lounge first made famous at The London Edition. 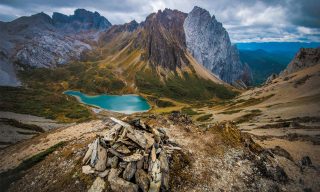 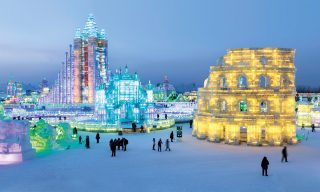 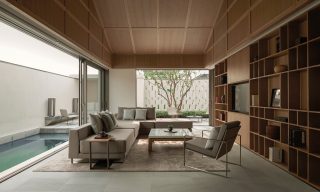