The Russian government has proposed a new railway which spans 13,518 kilometers and ends in the Japanese city of Wakkanai.

The future of train travel looks more exciting than ever, thanks to the announcement of an extension to the Trans-Siberian Railway that could bring passengers from London to Tokyo on a 13,518-kilometer route.

For years, a journey on the historic railway had been hailed as a milestone for lovers of train travel as the current 9900-kilometer route between Moscow and Vladivostok is believed to be the longest train journey of its time.

According to The Independent, the Russian government has announced plans to extend the current railway to Japan. The new plan would take passengers through Germany, Poland, and Russia, before arriving in Hokkaido, where it would link up with the Japanese rail network.

Russia’s first vice-premier Igor Shuvaloy is quoted as saying in the Siberian Times: “We are seriously offering Japanese partners to consider the construction of a mixed road and railway passage from Hokkaido to the southern part of Sakhalin.”

In light of tensions between the two countries following World War II, this plan has been nicknamed the “bridge across history” as it looks set to strengthen relations should it come to fruition. 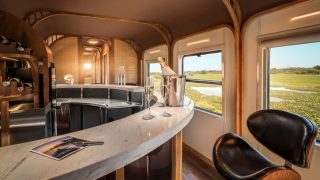 Take a Ride through Vietnam in this Luxury Train Carriage

The Vietage provides a stylish way to travel between Anantara’s resorts in Hoi An and Quy Nhon. 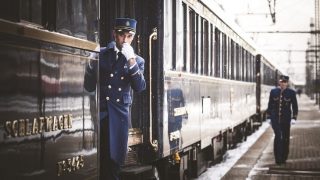