The result of a partnership between SnowVillage and HBO Nordic, the hotel was crafted out of snow and made completely by hand. Here, guests enter through a glittery tunnel to meet with familiar elements from the epic series, including a creepy Braavosi Hall of Faces, an Ice Throne with an Ice Mountain standing guard, and even a dragon ice slide. There are 24 rooms in total, including 10 suites with unique sculptures on the ice walls, like a massive White Walker-esque snow demon that gazes over you as you rest. Afraid of the cold? Warm sleeping bags and hot berry juice are at the ready.

To warm the belly, visit the ice restaurant which serves hearty three-course meals with local staples like reindeer and arctic char, or cozy up at the ice movie theater to watch a short film about how the hotel was built. Out in the cold, there’s plenty to do at the SnowVillage, including activities like ice sculpture workshops, reindeer rides, as well as husky and snowmobile safaris. For those who fancy knocking back a drink or two like Tyrion Lannister, there’s also an Ice Bar where drinks like vodka shots are served in ice glasses. 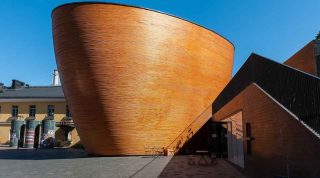 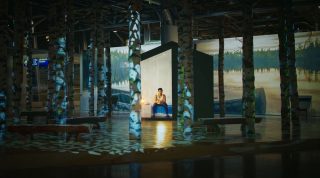 Chinese Actor to Live in an Airport for 30 Days 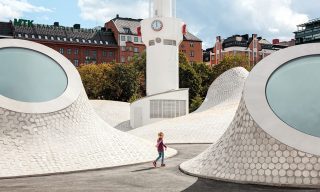