Interactive experiences and original short films are sprinkled throughout the galleries, with new exhibits delving deeper into the technology and analysis used in spycraft. Much like a rebooted James Bond, the new International Spy Museum in Washington, D.C. presents a more sinewy, of-the-moment take on its previous incarnation, which first opened in 2002 across the street from the National Portrait Gallery.

Now located south of the National Mall in a trapezoidal glass-and-steel building by Rogers Stirk Harbour & Partners—the British architecture firm responsible for London’s sloping Leadenhall Building (dubbed the Cheesegrater) and Terminal 5 at Heathrow Airport—the US$162 million museum is twice the size of the original, providing a more in-depth introduction to the world of espionage.

Interactive experiences and original short films are sprinkled throughout the galleries, with new exhibits delving deeper into the technology and analysis used in spycraft.

Nor does the museum shy away from controversial topics such as intelligence failures and the use of waterboarding, sharing multiple viewpoints that will inspire contemplation and debate. And of course, there are spy gadgets aplenty, including a 1922 silver dollar equipped with a suicide pin, a German-made wristwatch camera circa 1949, and a KGB lipstick pistol. Even 007 would be impressed. 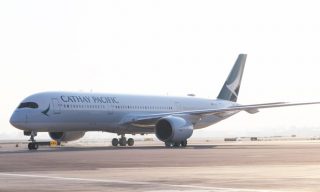 The flights will be operated by the airline's brand-new Airbus A350-1000 aircraft.