The Pitcairn Islands in the South Pacific could become the world’s fifth Dark Sky Sanctuary by the end of 2018. Fancy seeing the stars in all of their glory? Your best bet is to travel to a Dark Sky Sanctuary.

For the uninitiated, a Dark Sky Sanctuary is a “public or private land that has an exceptional or distinguished quality of starry nights and a nocturnal environment that is protected for its scientific, natural, or educational value, its cultural heritage and/or public enjoyment.”

In other words, these special destinations are the crème de la crème of a certification by the Arizona-based International Dark-Sky Association (IDA), which designates Dark Sky Parks and Dark Sky Reserves in order to preserve the night sky and protect against light pollution.

The Pitcairn Islands in the South Pacific looks set to become the world’s fifth Dark Sky Sanctuary by the end of 2018, thanks to its lack of light polluted skies. The unique islands lie south of the Tropic of Capricorn and are home to just about 50 people on its main island, which is surrounded by the third biggest Marine Protected Area in the world. The other three islands, Ducie, Oeno, and Henderson, are uninhabited.

Travelers hoping to visit should avoid the summer rainy season from November to March, in order to enjoy the clear skies.

The best way to see the remote Pitcairn Islands? Stay at least three days on the MV Claymore II, which carries 12 passengers in two-berth cabins, and makes just 12 sailings each year. As the island has no harbor or port, passengers land on the island via a long boat, and stay for four or 11 days (in accordance with the sailing schedule).

Currently, there are only four other established Dark Sky Sanctuaries, all located in geographically isolated locations. They include Aotea/Great Barrier Reef in New Zealand, the Rainbow Bridge National Monument in the U.S., the Gabriela Mistral Dark Sky Sanctuary in northern Chile’s Elqui Valley, and Cosmic Campground in the U.S.

Most notably, the Gabriela Mistral Dark Sky Sanctuary will see a total solar eclipse on July 2, 2019. This same eclipse will also be visible from one of Pitcairn’s uninhibited islands, the atoll of Oeno. 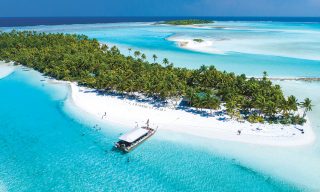 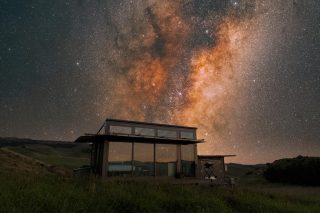 4 Incredible Places That Let You Sleep with the Stars

From a Kenyan savanna lodge to an eco-resort on Bangkok’s doorstep, here are four places that offe...