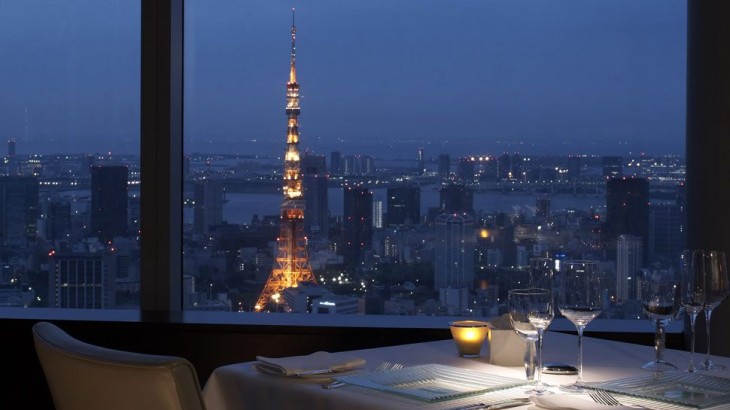 Above: A view of Tokyo from the Ritz-Carlton.

Tokyo has been named the world’s number one city for three-star restaurants by the 2012 Michelin guide, released in Japan on November 29. This marks the fifth straight year the city has been so honored, cementing Tokyo’s position as the destination of choice for food enthusiasts.

The gastronomic guide awarded the perfect score (three stars) to 16 more restaurants in the city, bringing the total to 32.

The three-star restaurants with “exceptional cuisine, worth a special journey” include 14 that serve Japanese cuisine and two French restaurants. A newcomer sushi restaurant, Yoshitake, snatched the top ranking in its first listing, while Ryugin, which specializes in modern Japanese cuisine, was promoted from two to three stars.

Following closely behind, 52 restaurants with “excellent cooking, worth a detour” received two stars and 179 won one star and the honor of being named “a very good restaurant in its category.” The two-star winners include Moranbong, the first Korean restaurant in the world to achieve a Michelin rating.

The capital of Michelin’s home country, Paris, came second on the tire company’s list with 10 three-star restaurants; however, the size of Japan’s restaurant industry should help to explain the disparity. Tokyo boasts about 160,000 restaurants, Paris only 40,000.

Don’t miss: Our hunt for the best ramen in Tokyo.