With a slew of new apps, Google’s high-tech specs are fast making inroads into the traveler’s world.

This one short, simple command is quickly becoming the travel industry’s new abracadabra, the launching point for any number of wishes to be granted by Google Glass: instant text translations, directions to the nearest available hotel, photos taken with the blink of an eye or touch of the device’s single button. Although Glass is still in beta testing, it’s quickly being adopted by travelers, hotels, airlines, and airports, experimenting with how to best put the wearable technology to use. Why the interest? By taking the functionality of a smartphone out of our hands and putting it into our line of sight, Glass fuses the information we need with how we see—and perhaps no one needs that more than a traveler.

Apart from speaking to it in Siri-style verbal commandments, Glass is used through apps called Glassware. Just about all the major location-based service apps have remolded to fit the device—OpenTable, Field Trip, Foursquare, TripIt—in addition to a growing list of newcomers. Say you miss a flight connection and get stuck in a city with nothing booked. Hotel Near Me, developed by online booking site Destinia in what it bills as the world’s first booking app, will use GPS to find nearby hotels with vacancies sorted by price, help you choose with visual tours of the properties, and book you a room. Can’t read the road signs to get there? Word Lens will translate them before your eyes, with upwards of 100,000 words in six European languages that it stores on the device. And if touristy sites aren’t your thing, Jetpac, a multi-app developer that scans through nearly every picture on Instagram and aggregates a selection into hyper-local city guides, was recently acquired by Google, with a Glassware application rumored to be in the works. It’s not that these needs can’t be met with a smartphone. But what’s unprecedented about Glass is that it gets people’s heads out of their guidebooks, off of their devices, and into their surroundings. It promises fuller immersion.

On the other side of the equation, the service sector has begun to don Glass too. The Montcalm London Mable Arch hotel, Virgin Airlines, and Copenhagen Airport have all been putting Glass to the test during staff training sessions, lauding its abilities to recognize faces, pull up guests’ information, and keep administrative processes hands-free by negating paperwork. And most importantly, it lets staff maintain eye contact with their customers and keep conversation natural while assisting them, potentially rendering the hospitality industry more hospitable. Other hotels have begun offering Glass as an amenity, lending them out to guests to use on-site or around town; Acme Hotel Company in Chicago was the first in April, followed by San Francisco’s Stanford Court Hotel, whose Google Glass Explore Package adds Glass to stays (along with beverages and breakfast), beginning with a tutorial teaching how to use Glass and how not to become a “GlassHole”—a term Google itself has coined for ill-mannered use of the device.

Among the early adopters is the Abadía Retuerta LeDomaine, a 12th-century monastery converted into a magnificent winery and luxury estate in the Duero region of northern Spain. As Europe’s first hotel to do so, the estate offers guests Google Glass to guide them through its extensive art collection, explain the property’s history, and point out the constellations to stargazers. An incongruous fit for such a venerable establishment? Perhaps. Or, if Glass lives up to its goals, perhaps guests will forget about their phones and other devices, let their new guide take over, and enjoy a better view. 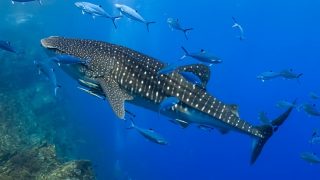