Those flying between the central Philippines and Turkey can take advantage of this direct service via Manila. 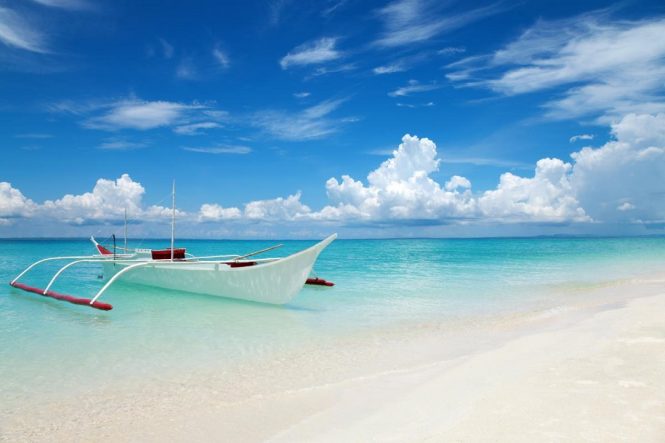 A white-sand beach on Bantayan Island, off the northern coast of Cebu. (Photo: AND-ONE/iStock)

The Philippines’ second city now has its first air link with Europe, thanks to the launch of Turkish Airlines’ thrice-weekly services from its Istanbul hub to Mactan-Cebu International Airport. This new international route is being operated on Airbus A350-900 aircraft, with outbound flights scheduled on Mondays, Thursdays, and Saturdays. Flight TK 264 will take off at 9:15 p.m. and touch down in Cebu at 4:25 p.m. the following afternoon; the eastbound journey time clocks in at an estimated 14 hours and 10 minutes, including a 95-minute stopover in Manila. As for the red-eye service on the return, Flight TK 265 will depart Cebu at 2:25 a.m. on Mondays, Wednesdays, and Saturdays and arrive back in Istanbul at 1:25 p.m. after spending one hour and 40 minutes on the ground in Manila. Istanbul-bound travelers can expect a total journey time of 16 hours.

“It has been a long time since we welcomed a new long-haul flight to Cebu because of the pandemic,” said Louie Ferrer, president of GMR Megawide Cebu Airport Corporation, in a statement. He added that the route would “help open up more opportunities for the region” and allow the gateway to “accelerate recovery plans from Typhoon Odette and COVID-19.” Also known as Typhoon Rai, Category 5–equivalent Odette barreled through the central Philippines in mid-December, forcing the temporary closure of Cebu’s airport after it sustained damage in the 185 kilometer-per-hour winds.

Three more international routes to Cebu are scheduled to launch in the first quarter of this year. March 27 will see Taiwanese carriers China Airlines and Starlux Airlines begin daily flights from Taipei Taoyuan, while Singapore Airlines is set to debut its twice-daily Singapore–Cebu service aboard Boeing 737-800 aircraft on the same date. The Philippines was meant to reopen its borders to travelers from certain low- and medium-risk countries on December 1, 2021, but those plans have been delayed indefinitely due to the emergence of the Omicron variant.