Arrivals from nations such as Indonesia, the Philippines, and Thailand will be exempt from quarantine if they have been fully vaccinated with an approved Covid-19 jab. 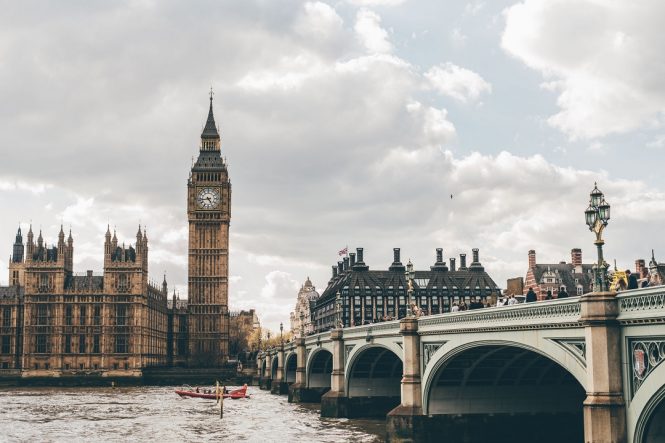 The iconic Houses of Parliament and Westminster Bridge in London. (Photo: Eva Dang/Unsplash)

Signaling a broader reopening to international travel, British Transport Secretary Grant Shapps announced on Thursday that restrictions would be lifted on travelers coming in from 47 countries and territories on Monday, October 11 at 4 a.m. local time. Brazil and South Africa are among those jurisdictions being taken off the “red list,” as are a quartet of Southeast Asian nations: Indonesia, Myanmar, the Philippines, and Thailand. The United Kingdom previously used a “traffic light system” for overseas arrivals, which grouped their places of origin into green, amber, and red categories according to the perceived risk of Covid-19 transmission, but simplified travel rules featuring a single red list came into force earlier this week.

The move leaves just seven countries in Latin America and the Caribbean on the red list, namely Colombia, the Dominican Republic, Ecuador, Haiti, Panama, Peru, and Venezuela. Officials say this is due to the significant presence of the Mu and Lambda variants of Covid-19, both of which have been classified as “variants of interest” by the WHO. (The latter was first identified last year in Peru, where it has since become the dominant coronavirus strain.)

The British government is also recognizing proof of vaccination status for those from 37 new countries and territories, including Hong Kong, India, South Africa, and Turkey. What that means is that eligible vaccinated passengers will no longer be required to spend 11 nights in hotel quarantine at the cost of more than £2,000 (over US$2,720); they’ll only need to take a PCR test on the second day.

To qualify for quarantine-free entry, travelers must have had a complete course of vaccines from either Oxford/AstraZeneca, Pfizer-BioNTech, Moderna, or Janssen at least 14 days before arrival. As Sinovac is not currently recognized, most Indonesian and Thai visitors will still have to take a pre-departure test, followed by further PCR tests on day 2 and day 8, and undergo 10 days of self-isolation. But arrivals have the option of halving their quarantine periods with a Test to Release on day 5.

The 47 nations being taken off the “red list” are as follows: