Raffles Hotel Singapore is taking guests and visitors up close and personal with 26 of the city’s national monuments and cultural landmarks in an exhibition held in partnership with the Preservation of Sites and Monuments division of the National Heritage Board. Part of the Singapore Heritage Fest 2016, the exhibition will be titled “In Sight — A Monumental 3D Journey” and will offer spectators a sense of being present at the buildings using the 3D glasses available at the venue. From the former Supreme Court, the restored ornaments on the roof of the Yueh Hai Ching temple, the interiors of the Maghain Aboth Synagogue (which is rarely opened for public), to the Raffles Hotel Singapore itself—which was named a national monument a century after it first opened in 1887—the event allows visitors to study the details that make these monuments and sites special.

“‘In Sight’ offers a different way to experience our national monuments and the stories behind them,” says Jean Wee, director of the National Heritage Board’s PSM division. “The stereographic images focus on selected architectural features such as a close up of the gopuram [a distinctive feature of the south Indian Hindu temples], the chhatri at the Sultan Mosque, and the intricate figurines atop Yueh Hai Ching Temple. It invites the public to get up close and personal, and, in taking a second look, perhaps form new insights into our built architectural heritage.”

As part of the festival, visitors will also have the chance to take the Raffles Walk of Fame tour on May 7, which for US$15 will take them around the historical hotel’s halls and corners in a 45-minute session. The exhibition can be viewed at the Raffles Hotel Shopping Arcade from May 6 to 20. 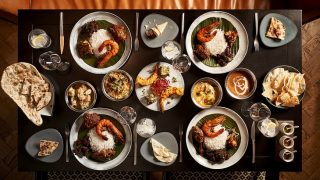 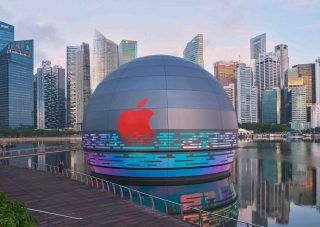 Apple Will Debut Its First Floating Store in Singapore 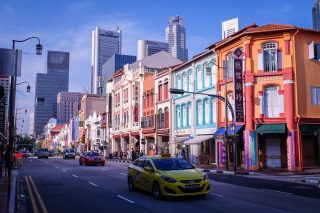 Singapore Will Soon Allow Visitors from Brunei and New Zealand

Quarantine-free travel from the two countries is set to resume on September 1. 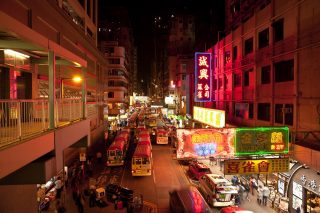 Hong Kong and Singapore to Relax Covid-19 Measures on Friday

The two Asian cities are in different stages of reopening, but both will be lifting major restrictio...