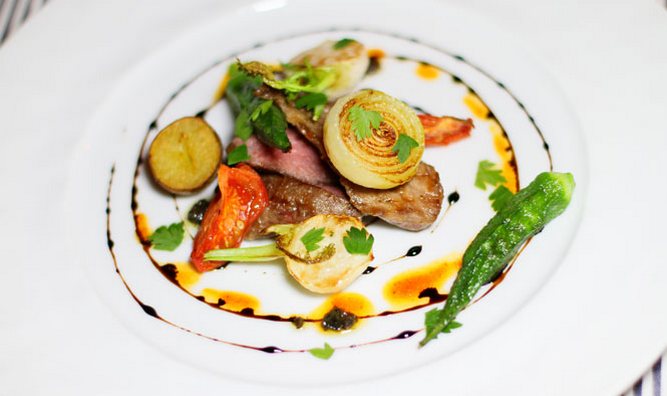 Since opening in 2009, Métis Restaurant has been delighting the Seminyak faithful with its blend of Mediterranean French flavors and local flourishes. Menu highlights include a trio of yellow fin tuna with tobiko, Tasmanian salmon with avocado, and king Alaska crab with prawn tartare—the Australian saltbush lamb shank, which is cooked for 16 hours, also deserves a special mention.

Chris Salans and co. formed the idea in 2010 for a sea-side offshoot of Mozaic restaurant and, almost two years later, Mozaic Beach Club opened in Batu Belig to predictably glowing acclaim. Executive chef James Ephraim says the beach club will forgo the experimentation of Ubud, but that it will retain the same level of quality and attention to detail.

“There is a sequence and logic to the six courses in Ubud—it’s a story—but here we experiment less,” general manager Nicola Scaramuzzino says. “We have more customers [than Mozaic] but we still have, for example, the curry leaf ice cream with the main course.” There is the same level of mixing East and West—tempe and black truffle—and diners will find certain items have been imported from Ubud, such as the basil leaf soufflé. 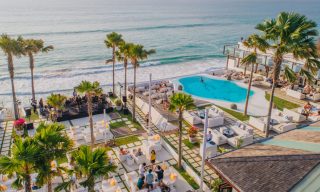