The upcoming launch will mark the very first time the SkyTeam member has served any destination in the United States. 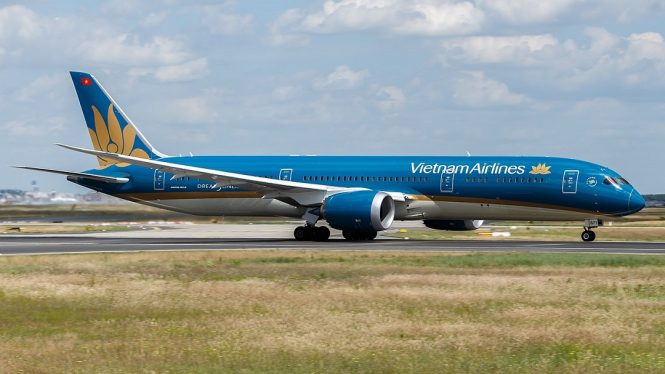 It’s official: after a decades-long wait, Vietnam’s flag carrier is finally starting nonstop flights between Ho Chi Minh City and San Francisco on November 28, with a twice-weekly service flown on Sundays and Wednesdays. Flight VN98 will leave Tan Son Nhat International Airport at 8:40 p.m. and arrive at SFO at 7:30 p.m. local time after an estimated 13 hours and 50 minutes in the air. The westbound service, Flight VN99, will take slightly longer to cross the Pacific, with the journey time penciled in at 16 hours and 40 minutes between its departure from San Francisco (at 11 p.m.) and the landing in Ho Chi Minh City (at 6:40 a.m. two days later). The SkyTeam member is deploying both Airbus A350-900s and Boeing 787-9 Dreamliners on the route; both models will offer seats in business class, premium economy, and economy class.

Though the carrier has been hoping to fly to the United States for the past 20 years, it wasn’t until 2019 that Vietnam’s Civil Aviation Authority received a Category 1 safety rating from the FAA, which determined that it “licenses aviation personnel and oversees air carrier operations and airworthiness in accordance with ICAO aviation safety standards.” According to a report by online newspaper VnExpress, the CEO at Vietnam Airlines does not expect any routes between Vietnam and the U.S. to be profitable for another five to 10 years, and the westbound flight from San Francisco will be subject to weight restrictions, reducing the maximum passenger load from more than 300 to 220 so it can still operate as a nonstop service.