If the fact that the sun is currently at the peak of its 11-year solar cycle—meaning the best Northern Lights in a decade—isn’t enough to lure you into the Arctic Circle to view the aurora borealis, consider this: the Nellim Wilderness Hotel in northern Finland has just debuted a trio of “Aurora Bubbles,” heated tents with transparent domes above their beds from which guest can scan the sky all night long. The pods are available exclusively through the UK’s Aurora Zone as part of a four-night package priced from US$2,357 per person. That doesn’t guarantee you’ll see the Northern Lights, but it ups the celestial ante considerably. –David Tse 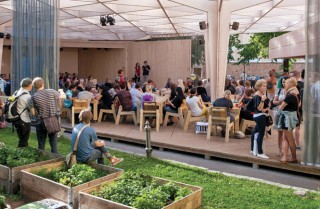 Not many world capitals can brag about heated sidewalks along their main thoroughfares. Fewer still ...