Wary of the city’s harsh travel restrictions, other foreign carriers are also adopting a cautious approach. 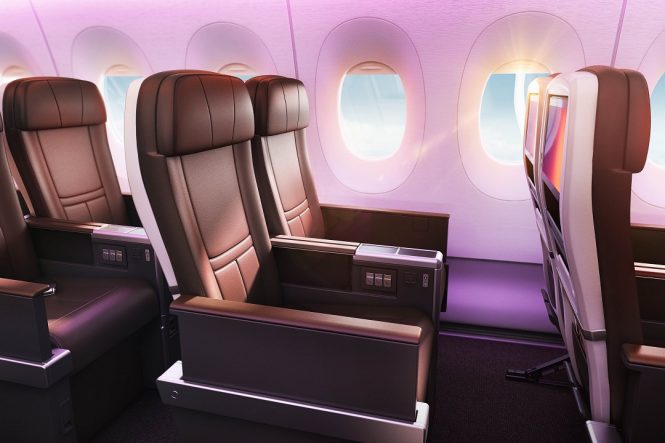 Though Hong Kong’s blanket ban on passenger flights from the United Kingdom and eight other “highest-risk” countries was repealed on April 1, Virgin Atlantic has said it will not resume its regular A350 services and cargo flights to the city for another four months. Both have been suspended since late December 2021.

A statement published on the Virgin Atlantic Flight Store reads: “To ensure operational readiness for our London Heathrow–Hong Kong passenger services, we have taken the careful decision to extend the pause in operations, with the intention to resume services from September 2022. We look forward to returning to this important Asian hub, providing vital connectivity between the U.K. and Hong Kong for customers and global supply chains.”

Rival carrier British Airways is set to relaunch its Heathrow–Hong Kong service on May 28. Elsewhere in Europe, Finnair will return to the city on June 2 with a twice-weekly frequency through October before going daily from November. Other global carriers have modified their routes or pushed back restart dates altogether. Instead of flying Amsterdam–Hong Kong nonstop, KLM has opted for a weekly direct service via Bangkok, while Air New Zealand’s weekly flights include a 90-minute stopover in Singapore. Across the Pacific, Air Canada’s Vancouver–Hong Kong service now incorporates a layover in Seoul, while United Airlines will begin flying nonstop from San Francisco from July. In Australia, Qantas plans to restart flights from Sydney and Melbourne only on October 30. 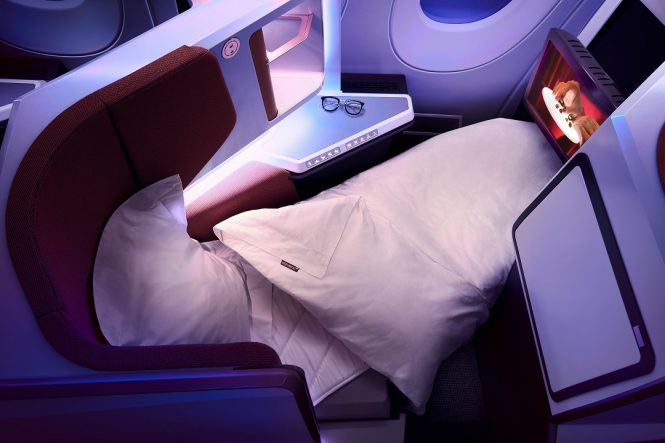 Virgin’s A350 Upper Class seats can be converted into a lie-flat bed.

Last week, IATA’s director general Willie Walsh told Bloomberg that Hong Kong had fallen “off the map” and was no longer an international aviation hub due to its pandemic-induced travel curbs. He cited existing quarantine requirements and rules that discourage airlines from running inbound flights. Authorities are enforcing a week-long ban on specific routes if three or more Covid-infected passengers disembark from the same plane, or if one tests positive and another traveler does not comply with local pandemic regulations. The government’s continued refusal to drop these flight bans has been met with growing frustration from the local business community and aviation sector.

A flurry of week-long suspensions was recently imposed on carriers such as Cathay Pacific, Korean Air, Malaysia Airlines, Qatar Airways, and Singapore Airlines. So far this year, Emirates has already been banned from flying its Dubai–Bangkok–Hong Kong route six times, and the Gulf carrier is being penalized with yet another temporary ban starting tomorrow.