Connections between Australia and Indonesia are being boosted due to strong demand for leisure travel. 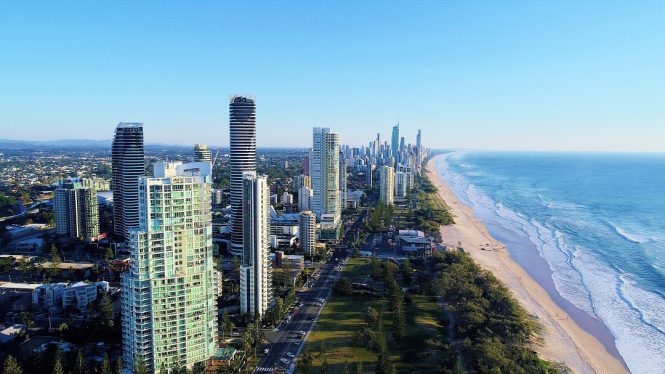 Virgin Australia’s days of being a largely domestic airline — unavoidable given the tough realities of the last two-plus years — are finally coming to an end, as it gradually returns to more overseas destinations and even announces new routes. The carrier recently said it would begin flying between Gold Coast and Bali on March 29, 2023, before the start of the Australian winter and dry season in Indonesia. It’s the first time any airline has connected the two premier surfing destinations with nonstop flights. Services between the Gold Coast Airport’s new international terminal and Bali will operate using Boeing 737-800s on a daily basis, with more than 2,200 seats available each week. With an estimated journey time of six hours and 35 minutes, outbound flight VA 83 is scheduled to depart Gold Coast at 5:40 p.m. and arrive in Bali at 10:15 p.m. VA 82 will then take off from Ngurah Rai International Airport at 11:15 p.m. and touch down in the Gold Coast at 7 a.m. the next morning, after five hours and 45 minutes in the air. Tickets for the Gold Coast–Bali service are already available via the Virgin website.

Virgin Australia Group CEO Jayne Hrdlicka said in a statement, “With the addition of the Gold Coast Airport terminal expansion and demand for Bali rising, the time is right to connect these two famous holiday destinations as well as the surf breaks, wellness activities and nightlife that comes with them.”

Virgin Australia resumed its first flights to Bali since the onset of the Covid-19 pandemic just last week. The airline’s Sydney–Denpasar service took off once more on June 15, while flights from Melbourne and Brisbane followed two days later. Apart from Indonesia, the only other country outside Australia served by Virgin is Fiji; the carrier now aims to resume operations on its trans-Tasman routes to and from New Zealand later this year.