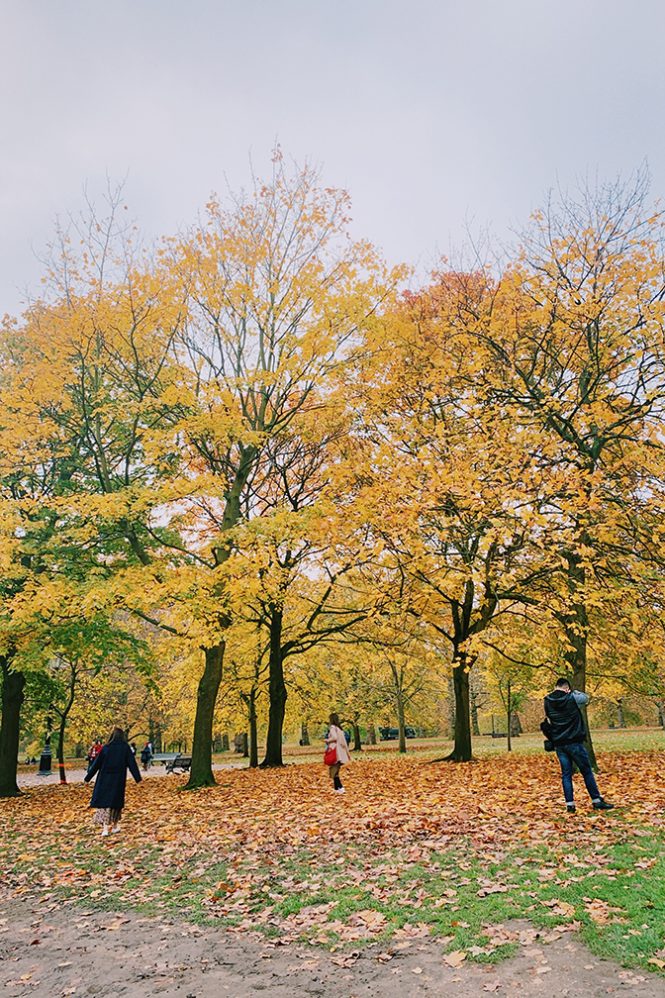 Autumn leaves at the Green Park.

“We’d fill up bags with these crisp autumn leaves to create effigies…before setting them on fire,” chuckled my city guide Nigel, who instantly put us at ease with his infectious laughter. We were strolling through London‘s Green Park and marveling at the golden-brown foliage when he dished out interesting nuggets of his childhood memories celebrating the Bonfire Night—a tradition marking the historic moment when Guy Fawkes attempted to blow up the Houses of Parliament in November 1605.

Tour guide by day, a freelance actor by night (and the occasional mall Santa), he is a born and bred Londoner who’d found passion in showing travelers a good time in London. Like the nine other travelers in my group, it was my first time in the capital of England and a local-led Airbnb Experience was on the top of my to-do list. 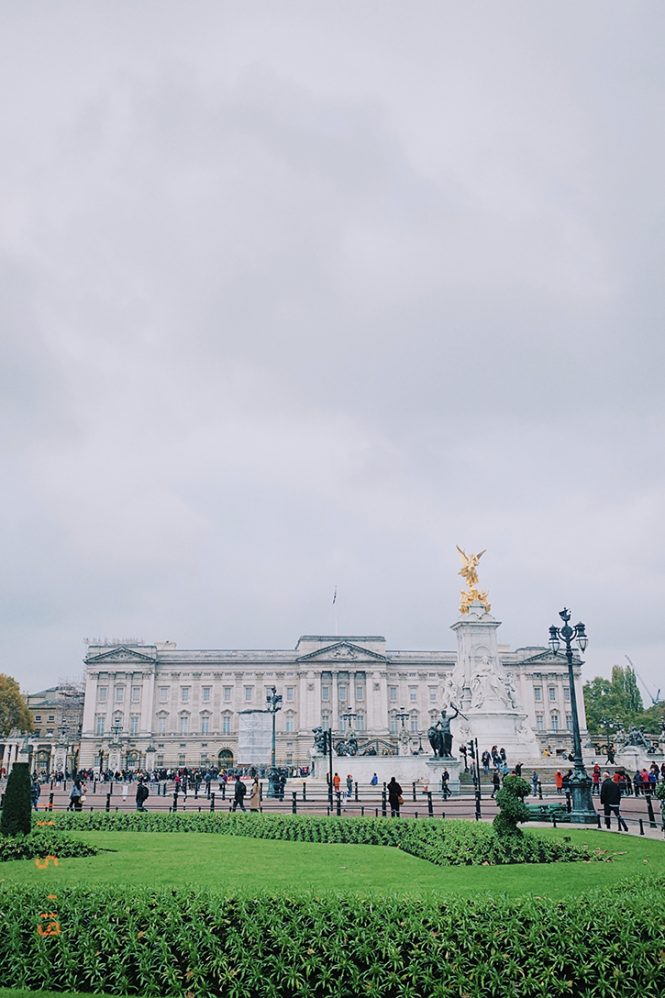 From Green Park, we journeyed on foot to the nearby Buckingham Palace, which saw a flurry of activity, from horse-drawn carriages entering the gates to guards taking their place—it seemed like Queen Elizabeth would soon return to the palace grounds. While the Changing the Guard ceremony wasn’t taking place that day (it happens on only Monday, Wednesday, Friday, and Sunday), Nigel showed us the best spots to catch the display of British pageantry. 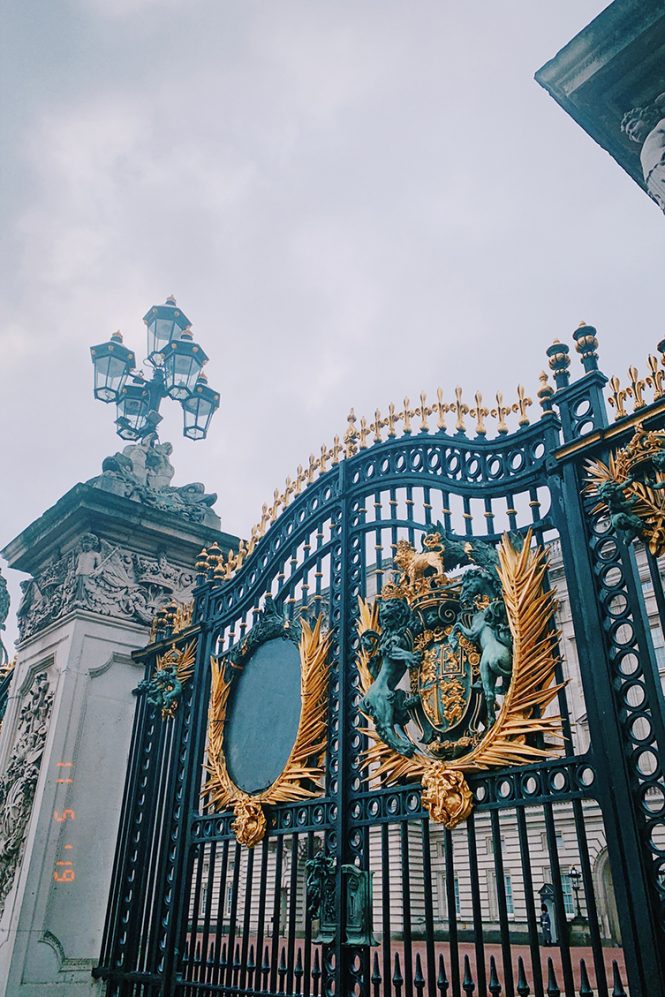 Instead of squeezing with the crowd at the palace gates, consider viewing from vantage points like The Mall; the main road approaching Buckingham Palace from St. James’s Palace, the Wellington Barracks, which is located on the edge of St. James’ Park on Birdcage Walk, or Friary Court at St. James’s Palace. Along the way, fans of Netflix series The Crown can try to spot filming locations such as the Lancaster House, which was used to depict Buckingham Palace’s staterooms. 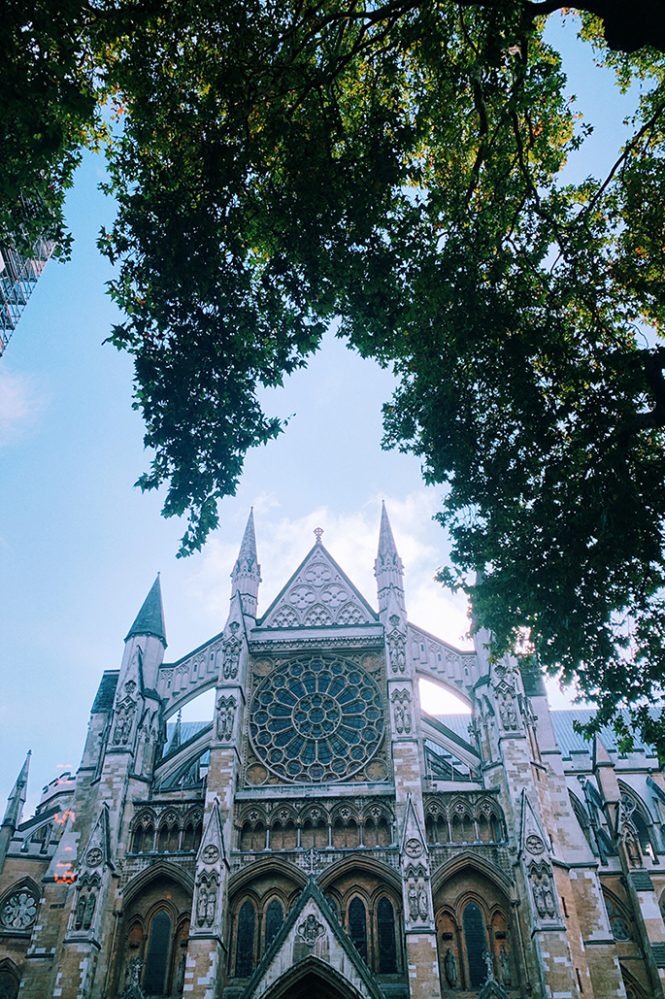 Westminster Abbey saw royal weddings such as that of Prince William and Catherine Middleton.

Afterward, we took a quick break at Trafalgar Square and enjoyed lovely views of the Big Ben from a distance, as well as the London Eye. The public square is a good base for exploring the city’s most renowned monuments and museums, such as the National Gallery, which houses more than 2,300 paintings dating from the mid-13th century. Just a five-minute walk away, Westminster Abbey, which saw royal weddings such as that of Prince William and Catherine Middleton in 2011, beckoned with its intricate Gothic architecture. While there’s an entrance fee, travelers can enter for free during the Evensong service, held once daily except on Wednesdays. Don’t forget to stop for photos with the horse guards.

When strolling past the Houses of Parliament, don’t forget to stop for photos with the horse guards and the city’s iconic red phone booths. Along the way, we chanced upon various peaceful protests, which Nigel patiently explained. Women clad in purple raised signs asking for compensation for the money they’d lost when the pension age was raised from 60 to 66, while another group in blue protested against Britain leaving the European Union, otherwise known as Brexit. 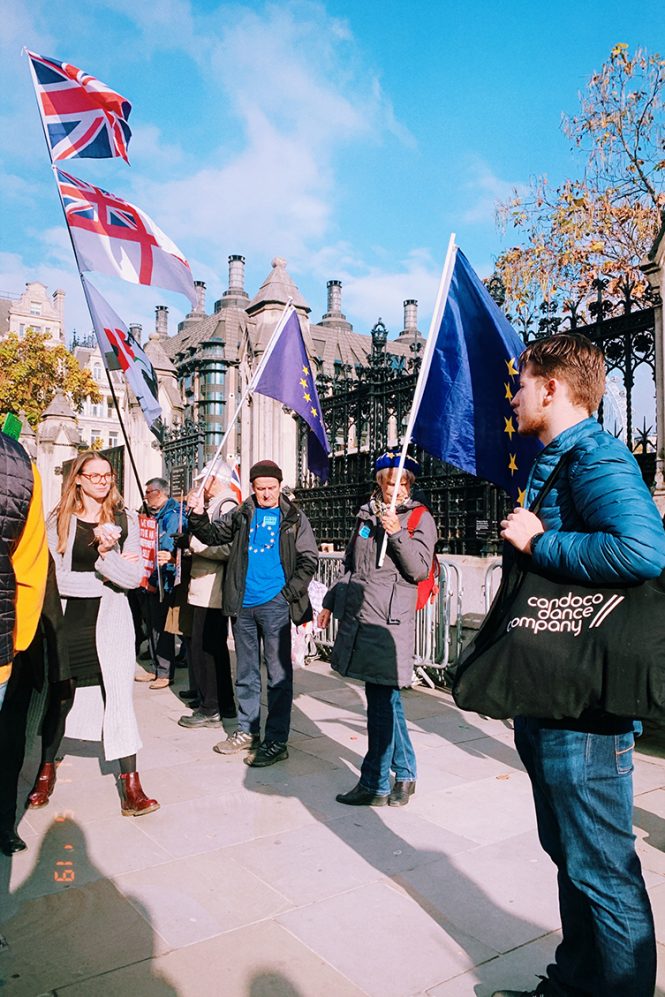 For the final leg of our tour, we took the tube (subway) to Southwark station, which led us to the historic home of London’s art and entertainment scene. Literature lovers will be delighted to see Shakespeare’s Globe Theater and trace the footsteps of the bard’s life along River Thames and at his parish Southwark Cathedral. Finally, see the modern-day London Bridge, commonly mistaken with the Tower Bridge—a grand-looking bascule and suspension bridge with towers in Victorian Gothic style. 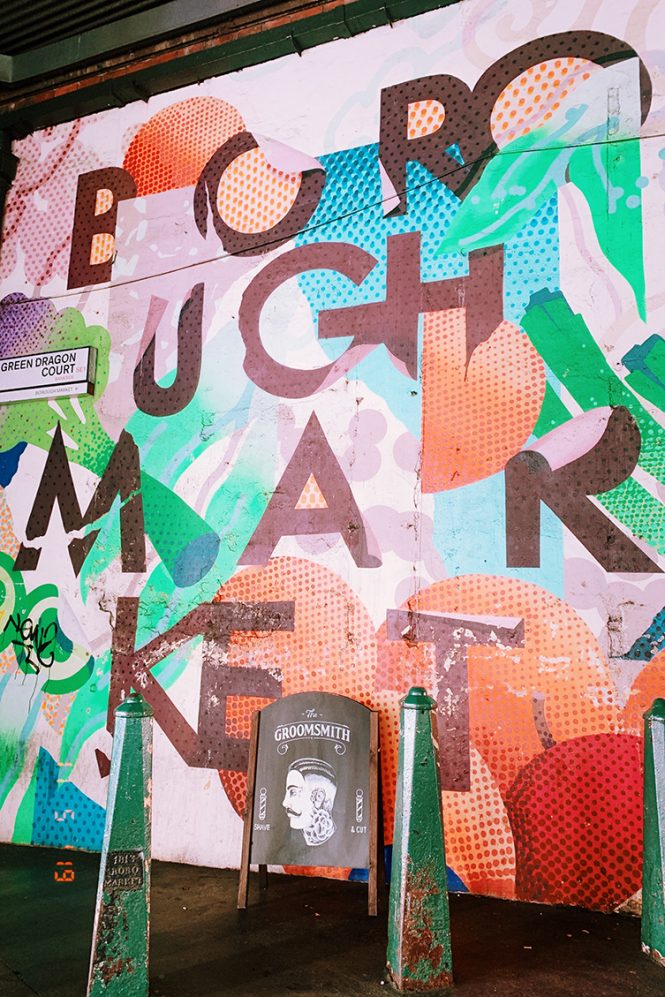 The colorful murals of Borough Market.

If time permits, make a beeline for Southwark’s Borough Market, one of London’s biggest and oldest food markets, with an on-site marketplace that dates back to the 12th century. Nigel took us through the winding, mural-filled alleyways to discover some of the city’s most popular treats, from fish and chips to scotch eggs. 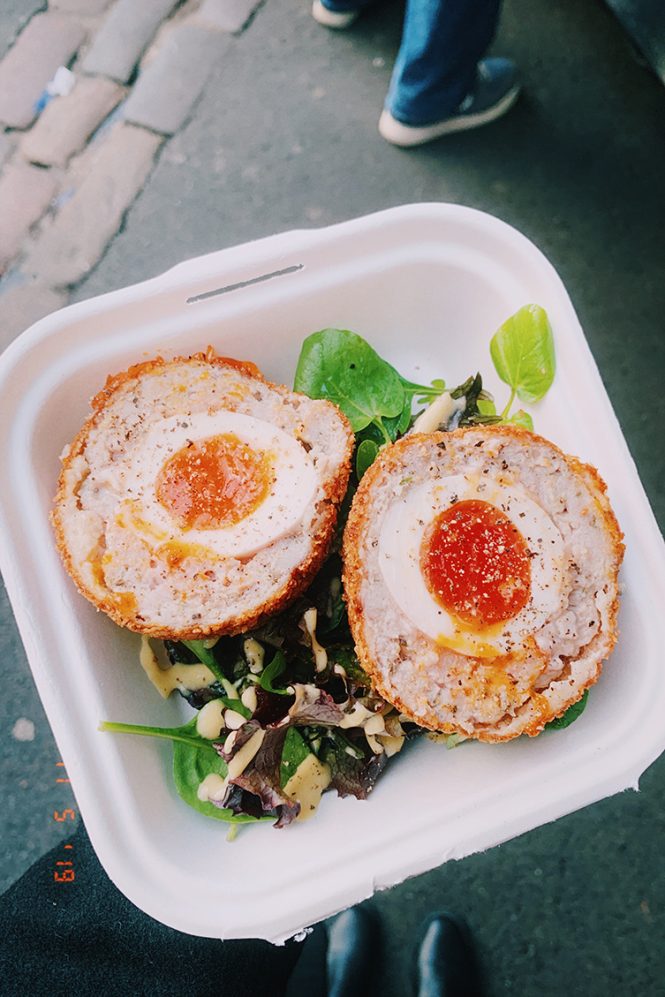 These scotch eggs will leave you wanting more.

The former is best soused with vinegar and salt, and eaten on the go—that’s why the dish used to be wrapped in newspaper for convenience’s sake. While sharing a round of ale at The Globe Tavern, Nigel whipped out a snack pack of pork crackling coated in Cornish sea salt and it turned out to be a wonderful pairing. 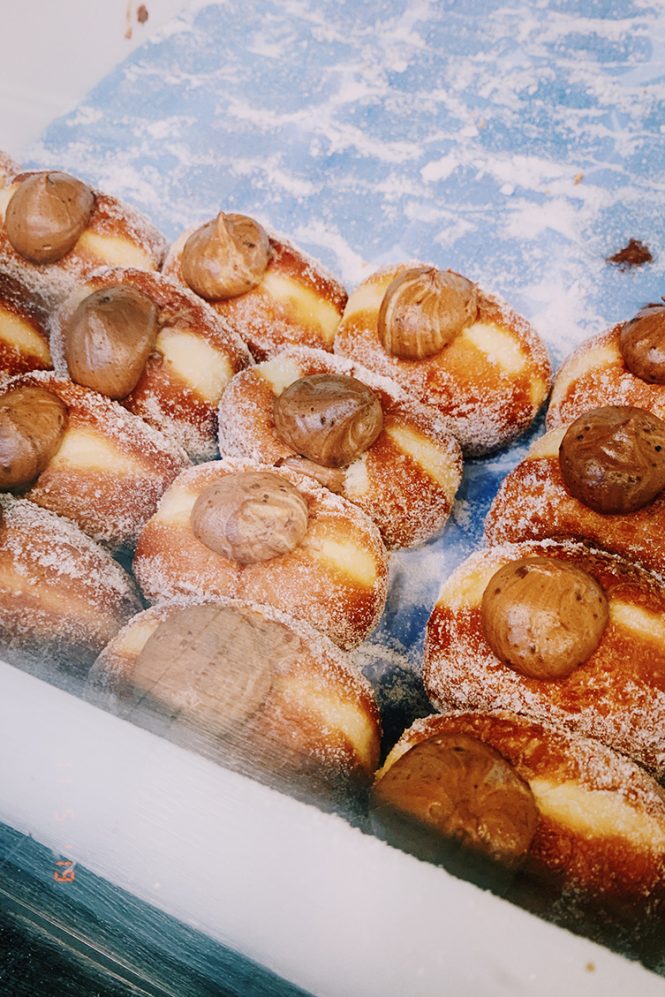 Fluffy donuts from Bread Ahead.

Concluding the six-hour-long tour on a sweet note, we tucked into fluffy donuts from Bread Ahead, which came bursting with velvety chocolate couverture and caramelized hazelnut fillings. As we bade farewell, I felt even more inspired than ever to explore the city on foot—after all, surprises abound at every turn.

Other Airbnb Experiences to book in London:

A fun street food tour that’s strictly for those not on a diet. Book here.

Relive the wizarding world of Harry Potter with this tour. Book here.

Discover the city’s hidden gems on a bike. Book here. 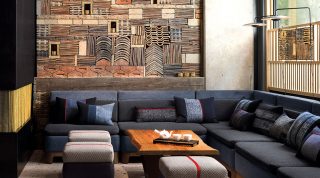 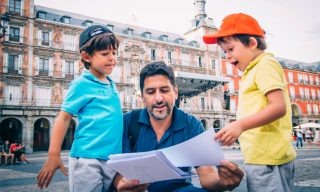 5 Activity-Booking Sites to Help You Travel Like a Local

Immerse yourself in a new city by embarking on food tours, crafting workshops, and local-led treks. 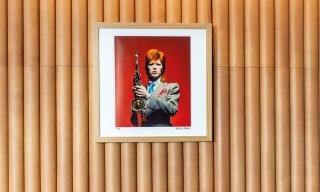 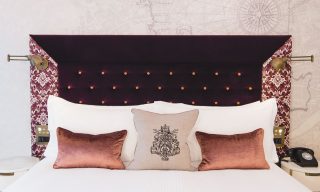