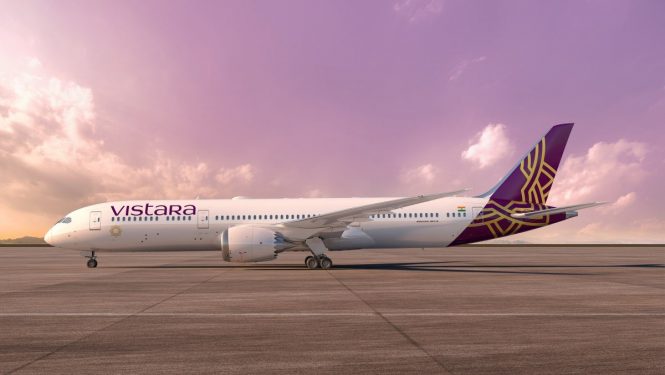 Established in 2015 as a joint venture between Tata Sons and Singapore Airlines, Vistara has become something of an aviation company to watch. February 29 saw a telltale sign of its long-haul ambitions with the delivery of its first 299-seat Boeing 787-9, one of six it currently has on order.

Business-class passengers will enjoy a measure of comfort otherwise lacking from its sole Indian competitor, Air India, which is the only homegrown carrier to offer long-haul services since Jet Airways went bust last year. Vistara’s Boeing 787-9s are fitted with 30 Stelia Aerospace Symphony seats in a 1-2-1 configuration for guaranteed aisle access. These are identical to business-class seats used for regional services of Singapore Airlines, and can recline to a fully-flat bed. Other features include an 18-inch HD personal monitor and USB power outlets. 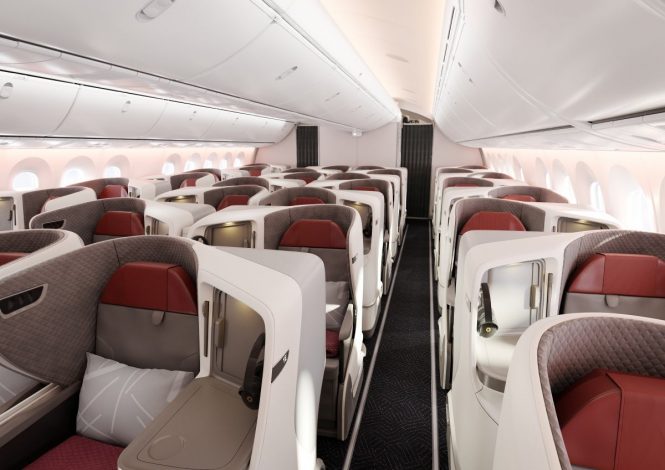 Inside the business-class cabin. 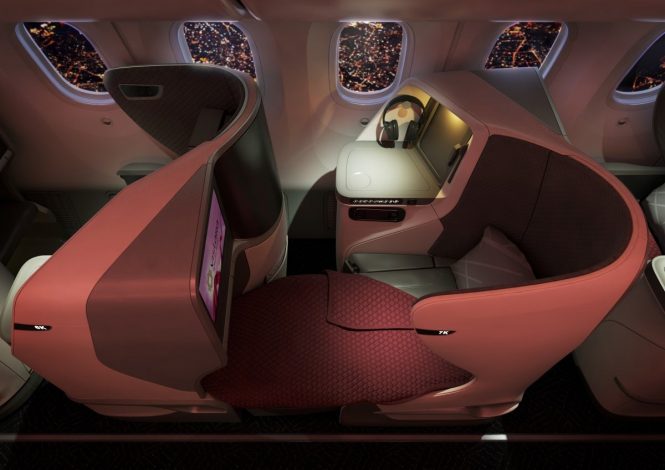 Also notable aboard is the introduction of a bona fide premium economy cabin, comprising 21 seats designed by German manufacturer Recaro. Installed in a 2-3-2 layout, each one comes with 13-inch monitors, a generous seven-inch recline, calf rests, and extendable footrests. Headrests, meanwhile, can be adjusted six ways.

Finally, economy class has 248 seats, also courtesy of Recaro, in a 3-3-3 configuration. A 31-inch pitch and five-inch recline are standard, as is a 12-inch personal inflight entertainment screen. And there’s another perk in store: the carrier has teamed up with India’s National Radio & Electronics Company, better known as Nelco, to equip the Dreamliners with Panasonic inflight connectivity. This move has made Vistara the first Indian airline to offer its passengers inflight Wi-Fi. 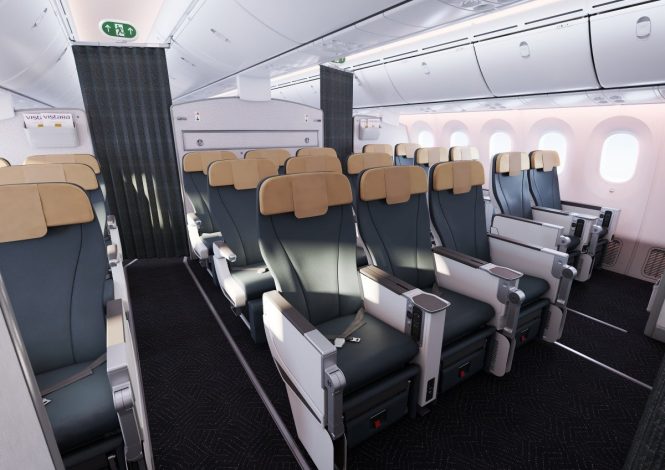 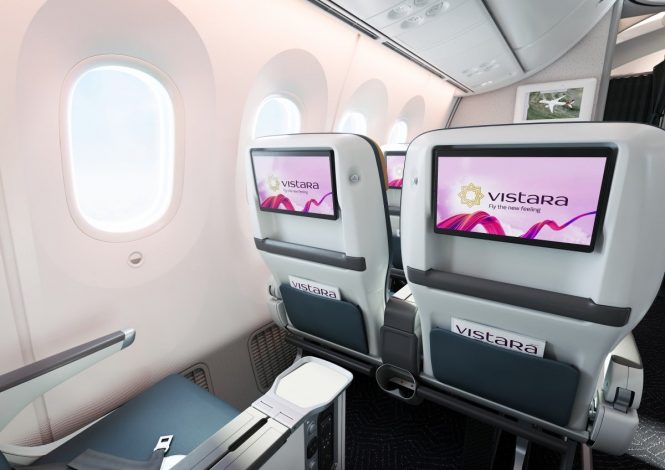 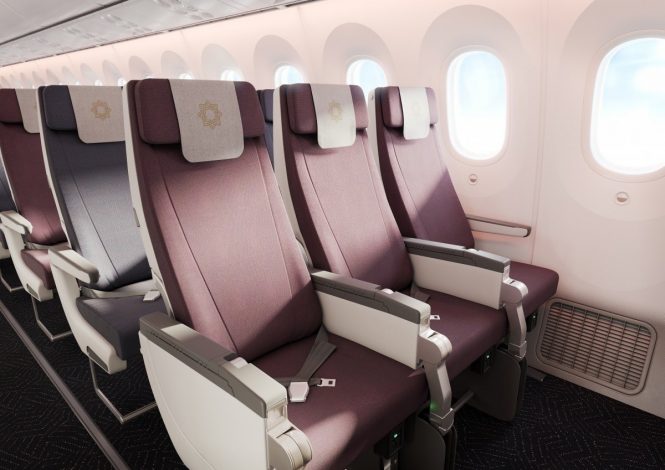 Economy-class seats are arranged in a 3-3-3 configuration.

Details on the routes or launch dates have not yet been released, although passengers flying Vistara between Delhi and Mumbai this month can get a sneak preview of the 787-9’s features – significantly larger windows, more headroom and greater overhead storage space, advanced air purification and a turbulence dampening system – as cabin crew embark on an aircraft familiarization process. Word is that Vistara’s first long-haul route will likely connect Delhi and London, but as the coronavirus crisis deepens outside of China, it’s hard to say when the official launch will happen.