The much-awaited Tokyo games may have been postponed until next year, but we can still satisfy our Olympic yearnings by looking back at the glittering events that kicked off the previous four editions—each one an artistic and cultural showcase of their host countries. Fireworks ignite over the Olympic Stadium during the Opening Ceremony for the London 2012 Olympic Games. Photo: Jamie Squire/Getty Images

The storied Maracanã Stadium was refitted in time to house 60,000 spectators for a joyful presentation that began by celebrating the Amazon rain forest and Brazil’s indigenous heritage—with dancers creating a trio of giant oca huts—in a sequence that eventually revealed the roots of the country’s modern multiculturalism through the arrival of European colonizers, African slaves, and then Japanese and Arab immigrants. Another section featured supermodel Gisele Bündchen, who made her final catwalk to a live performance of “The Girl from Ipanema,” after which a boxy set piece enlivened by samba and funk carioca musicians paid tribute to the informal urban settlements known as favelas. The ceremony then focused on sustainability with a segment on climate change, citing statistics on greenhouse gas emissions and sea level rise, before striking a hopeful note as each of the 11,000 athletes received a seed from a native Brazilian tree and a soil cartridge to plant an Athlete’s Forest at the Deodoro Olympic Park.

Titled “Isles of Wonder” and conceived by Oscar-winning British director Danny Boyle, London’s fun-filled opening ceremony played up United Kingdom’s eccentricity and rich theatrical tradition. Daniel Craig starred in a video as James Bond arriving at Buckingham Palace to escort the Queen to the games by helicopter; stunt performers dressed as the two figures then skydived over the stadium and pulled the straps on a Union Jack parachute. Rowan Atkinson later had a cameo as a Mr. Bean-like figure, tasked with playing a single repeating note on a synthesizer as part of the London Symphony Orchestra’s performance of the score to Chariots of Fire. British history also took center stage, with an initial depiction of rural Britain on stage gave way to vignettes of economic and social development from the mid-1800s to the 1960s. The emergence of smokestacks from the stage signaled the dawn of the Industrial Revolution, and a cast of characters decked out in Victorian costumes were led by actor Kenneth Brannagh, who played the brilliant 19th-century civil engineer Isambard Kingdom Brunel. Ironworkers below the smokestacks “forged” the Olympic Rings, which gradually rose to the sky to ignite in a rain of pyrotechnics.

China spared no expense (supposedly spending as much as US$100 million) on an extravagant, show-stopping spectacle that marked the country’s return as a global power. Celebrated film director Zhang Yimou was hired to conceptualize and oversee the production, which required 15,000 performers and fused LED technology with traditional art and music. With a runtime of more than four hours, this was the longest-ever Olympics opening ceremony; it narrated the story of Chinese civilization, alluding to the  “four great inventions” (the compass, gunpowder, papermaking, printing), the Silk Road, and Ming Dynasty admiral Zheng He’s voyages through Southeast Asia and the Indian Ocean. In one particularly captivating scene, dancers with their hands dipped in ink used their movements to paint an enormous LED scroll.

Perhaps the most elegant of them all, this opening ceremony was the brainchild of avant-garde theater director Dimitris Papaioannou, who mined Greek mythology and his home country’s rich heritage as the birthplace of Western philosophy and mathematics and theater to create a dazzling display that would delight any aficionado of ancient Greece. Water flooded the entire stage, symbolizing the Aegean Sea, and the Olympic rings in the middle of the pool were lit by a flame racing through the sky—a metaphorical comet from Olympia (“the fire of the ancients”) to represent the connection between the classical and modern games. The evolution of Greek marble sculpture soon came into full focus as a stylized head of Cycladic art emerged from the pool, splitting apart to show a realistic and then a romanticized sculpture of the male form. And there was even more fodder for history buffs: a man dressed as Eros, the Greek god of love, soared in midair above a circuit of floats, whose moving models brought ancient Minoan frescoes, the classical caryatids of the Athenian acropolis, and Byzantine mosaics to life. 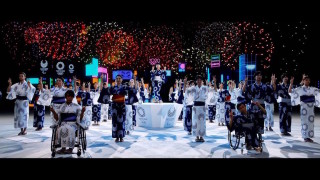 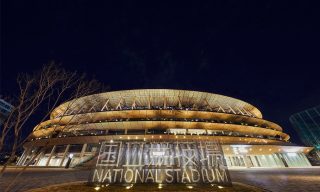 Could the Tokyo Olympics be Canceled Due to the Coronavirus Outbreak?

The Japanese have always been crazy and cool, and they showcased their inimitable personality in the...