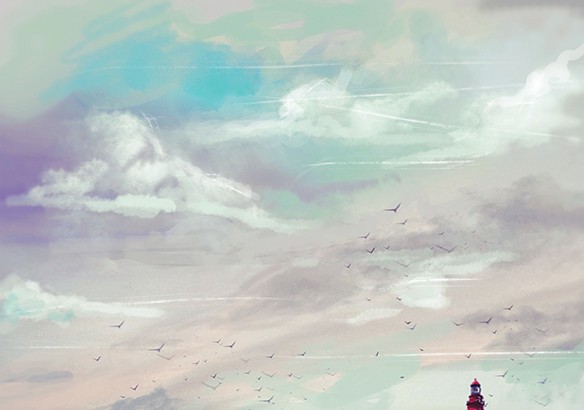 The chill of Nantucket’s winter may keep the tourist crowds at bay, but there is still plenty of magic to be found along the shores of Faraway Island

It is winter in Nantucket, when few tourists visit. But the island’s main town is picture-perfect, every street decorated with Christmas trees and twinkling lights. Before dawn, I peer through the ice-crusted dormer window of my third-story room in the historic Roberts House Inn and my pulse quickens. A light snow is falling.

I clamber down the steep staircase, my winter clothing making me clumsy and graceless. I imagine a maid in years past struggling down with skirts around her ankles and a lamp in hand. The stairs widen as I descend, then I quietly step out to the cobblestone street where old-fashioned lampposts glow pale and gold.

For three days I’ve been trying to see the sunrise, but fog has thwarted me. As an Australian, I usually celebrate Christmas during the heat of summer with sunbathing, surfing, and barbecues, and though I’ve lived in the United States and enjoyed white Christmases before, this journey is unique. I’m here on Faraway Island—as Nantucket’s Native American name is usually translated—to witness the extraordinary sight of snow falling on the beach as day breaks.

Passing The Bean café, I clap my gloved hands together to warm them and wish they were wrapped around a hot coffee. The Bean will soon be alive with an eclectic mix of locals: fishermen in beanies and oilskins, young couples with rugged-up babies, crusty old men playing chess by the windows where the sun streams in, and people sharing a joke, an opinion, or the news of the day. Yesterday I was among the crowd at the busy counter.

“Coffee, thanks,” I called out as someone else did too. I turned to see a harried-looking young man in a lumberjack coat and work boots, with tufts of brown hair poking out from under his woolen cap.

We both hesitated then ordered again simultaneously. Laughing, he ordered two coffees, paid for both orders, and handed me my cup with a beaming grin that belied his rugged appearance. As he turned to go, he said, “You have a good day now, ma’am.”

I press on down the street and see lights on inside the Petticoat Row Bakery. I’ve always loved being in the dark and looking into windows, imagining the lives and stories of the people within. I fancy the bakers are warm by their ovens, kneading dough, stirring pots of caramel, and preparing fresh bread, cakes, and macaroons. Perhaps it is that warmth that mists the windows so perfectly that the scene might have been painted by Norman Rockwell.

I hold that warmth close as I turn the corner and stop outside Nantucket Bookworks. The bookshop’s bay windows are framed by fairy lights. One window display celebrates local writers, artists, and photographers; the other is a tribute to Moby-Dick, whose Captain Ahab hailed from Nantucket. Once one of the most prosperous whaling ports in the world, the island is rich with the history and legacy of those times. Weather vanes shaped like whales and three-masted ships sit atop beautifully preserved 19th-century houses, while the Whaling Museum is a treasure trove of artifacts, stories, and exhibits that include the skeleton of a giant sperm whale, currently sporting a huge Santa hat. Even the local ice hockey team is called the Whalers.

Nearby, a wooden sign clatters on its hinges in the wind. It has probably been doing so since the 1840s when the Brotherhood of Thieves was a whaling bar. I can picture whalers spinning seafaring tales over malty ales and brawls erupting onto Broad Street, though these days the experience is more genteel. Last night I ventured into the downstairs cavern with its rustic ambience and glowing fireplace. I thought I might feel awkward dining alone, but I found a gracious welcome, a robust local brew, and one of the best Reuben sandwiches I have ever enjoyed.

While whaling has certainly shaped the island, so too has Quakerism. From the 1700s, Quakers were prominent in business, government, and industry, and also advocated for women’s rights and the abolition of slavery. Indeed, Nantucket became a refuge for anyone escaping slavery and persecution. Education was also valued, and I am inspired by the life of Maria Mitchell, a young Quaker woman who in 1847, using a telescope on the roof of the bank on Main Street, became the first American woman to discover a comet. Mitchell went on to become a professor of astronomy and a groundbreaker for women in American science. Her house and observatory are preserved on the island, and though closed during the winter months, they make an edifying backdrop for a stroll around her orderly garden.

The biting wind brings me back into the moment. I detour past Children’s Beach to the big house, whose widow’s walk has a view across three points of the compass. A pretty little Christmas tree keeps a solitary vigil on the rooftop platform now, its decorations cheerful against the brightening sky. But I imagine a lone woman up there braving a savage storm, her long skirts billowing, her hair whipped by salt and wind. She is looking out to the maelstrom, waiting for her husband or son to return safely to port. As the mother of a seafaring son, this resonates deeply with me. A shiver passes through me, not just from the cold, and I hurry on.

I’m not far from the beach at Brant Point now. The snow is fleeting, but its presence thins the air, so that smells and sounds become more acute. I can hear the swirling waves; I
can smell the sea. The dark expanse of ocean comes fully into view and my boots crunch down into thin crusts of ice on the sand. Dense clouds above give way to a clear band of sky stretching across the horizon. All at once beams of pink and amber light streak through and rush across the restless North Atlantic, over the beach and the land like a tidal wash. I lift my face to feel snowflakes falling as the sun rises.

Nantucket is unlike anywhere else: it is picturesque and rugged, congenial yet isolated. The past is so accessible it seems possible just to reach out and touch it. But the present is tangible too, wrapped in the magic of a wintery festive season.

A ferry’s horn blasts into the dawn. On the dock cars will be loading, while workers heading to the Massachusetts mainland will be hunkering down into their parkas and exchanging greetings with misty breath. The ferry will soon round Brant Point where a sturdy lighthouse warns of dangerous rocks below, before speeding across the open water to Hyannis Port. Brant Point Lighthouse has stood on the sand here since 1746, and locals have decorated it with an enormous Christmas wreath finished off with a big red bow. “Independent and Out to Sea”—the Bookworks motto says it all. 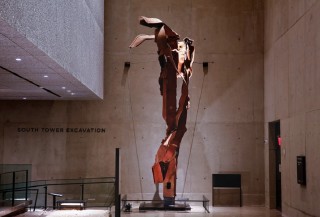 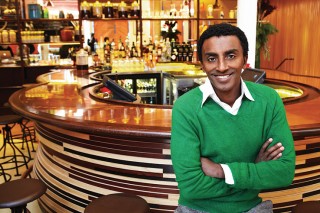 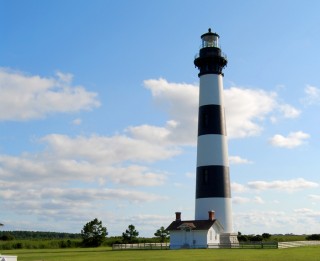 Artist-activist Ai Weiwei's latest installation will take place on an island he has never stepped fo... 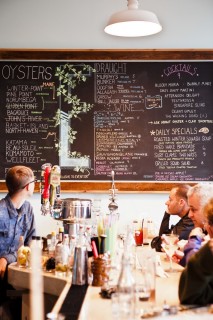