For proof of Seattle’s ongoing upgrade, look no further than this trendsetting, Scandinavian-influenced neighborhood. Ballard Beer Company on NW Market Street is just one of the neighborhood’s many homegrown craft breweries.

Despite its reputation as the city of ground coffee, Bill Gates, and grunge, Seattle’s character is far more complex, particularly when it comes to the neighborhood of Ballard, a 20-minute drive northwest of downtown. Independent-minded Ballard first evolved as a separate city, drawing prospective immigrants to work in its salmon fisheries and lumber mills.

What was once a hardscrabble, working-class waterfront area settled by sizeable numbers of Nordic arrivals in the 19th century quickly developed until a chronic lack of clean water convinced residents to vote in favor of annexation by Seattle. More than 110 years on, Ballard continues to exude a distinct small-town flavor, with a cluster of creative shops and restaurants—as well as a growing brewery district—that make for an offbeat counterpoint to its proud Scandinavian roots. Start off your explorations on Ballard Avenue NW at Salt & Straw (1-206/294-5581), an artisanal ice cream emporium where sea salt–infused scoops have drawn in a steady stream of patrons since it opened in February. Unusual flavors loaded with cheddar cheese, green-corn tamale, bone marrow, or black peppercorns may be an offense in your hometown, but in Seattle they’re now gospel. Inside the Fjord Hall at Ballard’s new-look Nordic Museum.

Right on NW Market Street, Sonic Boom Records (1-206/297-2666) is ground zero for the neighborhood’s music scene, with a plethora of indie labels and CDs by Pacific Northwest artists. Around the corner lies the open-air plaza known as Bergen Place. Decorated with Scandinavian flags and a mural dedicated to King Harald and Queen Sonja of Norway, it marks the entrance to the Sunday-only Ballard Farmers’ Market. Another hit with locals, the market expanded last year, adding more farm-to-fork producers and garage-to-glass microbrewers.

A must-see is the reopened Nordic Museum (1-206/789-5707), which recently moved to a larger, purpose-built venue that backs onto the fishing wharves of Salmon Bay. The permanent exhibition here presents the evolution of Nordic life and culture over the past 12,000 years, along with a classic immigration story that chronicles Ballard’s Scandinavian origins. From the museum, an eight-minute stroll via a waterside botanical garden leads to the century-old Ballard Locks—the busiest in the United States—where you’ll glimpse a daily procession of yachts, kayaks, and commercial fishing boats.

Officially named after historian and engineer Hiram M. Chittenden, the locks are a crucial link between Puget Sound and Lake Washington and Lake Union. It’s a hit with kids and adults alike, thanks to its park-like setting and a fish ladder whose underwater viewing gallery affords close encounters with migrating salmon as they swim upstream to spawn. The olive, an Italian-inspired signature offering at 8oz Burger & Co.

If you’re in the area for brunch, make a reservation the week before at the Ballard branch of Portage Bay Café (1-206/783-1547) near the waterfront. Two standouts on the menu here are the berry-topped pancakes and Mexican migas—a hearty combination of flour tortilla and eggs scrambled with cheddar cheese and chipotle, fresh basil, and cumin. Later in the day, head to No Bones Beach Club (1-206/453-3233), a vegan tiki bar beloved for its beer-battered avocado tacos and tofu salad dressed in a tangy coconut-cream buffalo sauce.

Don’t leave before browsing the neighborhood’s independent stores and boutiques, particularly those along Ballard Avenue NW. Look out for Lucky Dry Goods (luckyvintageseattle.virb.com) near the junction with NW Market Street, where the racks showcase a tightly edited selection of vintage clothing, cowboy shirts, and sequin dresses. On the next block, Lucca Great Finds (1-206/782-7337) is the place to pick up handmade paper, books and stationery, small-batch bath and body-care products, and whimsical curios. Prism (1-206/402-4706) offers both men’s and women’s fashion labels plus quirky home goods alongside Seattle-made jewelry and fragrances.

Trip Tips
Ballard Locks might be open all year round, but its fish ladder is best visited in the warmer months due to salmon migration patterns. Sockeye salmon are present throughout the month of July and peak time for chinook (or king) salmon occurs in late August, while coho salmon are most frequently seen in
late September.

This article originally appeared in the August/September 2018 print issue of DestinAsian magazine (“The Best of Ballard”). 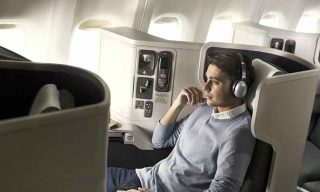 Cathay Pacific to Launch Nonstop Flights to Seattle in March 2019 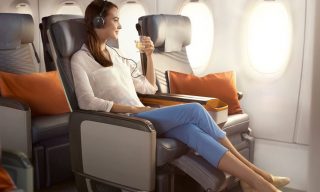