For its multimillion-dollar revamp, YTL enlisted star designer Alexandra Champalimaud to give the guest quarters a subtle update in step with their classic English surroundings. The tiny English village of Bray, an hour’s drive outside London and home to a trio of Michelin-starred restaurants, now hosts the newest property by Malaysia-based YTL Hotels. Monkey Island Estate (doubles from US$350) occupies its namesake isle, a storied sliver of land in the River Thames that first rose to prominence in the early 18th century, when the third Duke of Marlborough bought the place to serve as his private fishing idyll.

Two Palladian buildings he commissioned still stand; these were eventually expanded to become an inn, drawing the London literati and British royalty well into the 1960s. For its multimillion-dollar revamp, YTL enlisted star designer Alexandra Champalimaud to give the guest quarters a subtle update in step with their classic English surroundings—original features like the ceiling frescoes in the Monkey Room were painstakingly restored.

And with no room for the spa inside the protected heritage structures, YTL came up with a novel solution: moving it onto a converted barge, where treatments are prefaced by herbal tonics once brewed by the medieval monks who gave the island its unusual name.

This article originally appeared in the June/July 2019 print issue of DestinAsian magazine (“Fit For A Duke”). 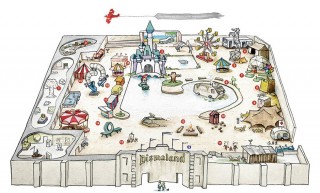