This winter is expected to provide one of the best opportunities to spot the northern lights in a decade or more. Here are four ways to check the celestial light show off your bucket list

ICELAND: On a Night Safari
What could be more adventurous than chasing the aurora borealis in a four-by- four? The Northern Lights Hunt by Reykjavík-based Arctic Adventures is a guide-led jeep excusion that includes a spot of lava caving, a lobster dinner in the coastal village of Eyrarbakki, and a drive into the shadows of the Blue Mountains to witness the elusive natural phenomenon, conditions permitting.

FINLAND: From Your Bed
In Finnish Lapland’s remote Luosto ski area, the snug Santa’s Hotel Aurora gives new meaning to the expression “room with a view.” Ten new guest rooms with glass ceilings and walls conveniently come with alarms that alert guests when the lights are in the sky.

NORWAY: From the Deck of a Ship
Venerable Norwegian shipping line Hurtigruten’s Astronomy Voyage takes passengers on a 12-day round-trip cruise from Bergen along Norway’s fjord-carved coast. A visit to the Nordnorsk Vitensenter planetarium in Tromsø, well north of the Arctic Circle, is part of the trip, as are lectures by an onboard astronomer.

SWEDEN: With a Four-Course Meal
With its clear skies and minimal light pollution, Abisko National Park is one of the best places on the planet to observe the northern lights. To that end, ride a chairlift up to the Aurora Sky Station and enjoy a four-course dinner, after which a tour will take you out to marvel at the light show overhead. 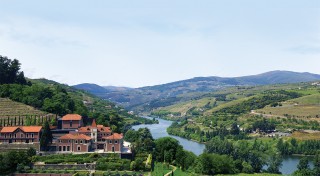