In celebration of its 15th year in Hong Kong, Turkish Airlines now offers discounted business class fares from the city to various European destinations. Available from now until September 15, the round trip tickets cost US$1,917 excluding taxes and surcharges.

Hong Kong residents now have the chance to fly in to places such as Amsterdam, London, Rome, Paris, and Zurich. The sale covers flights from now until January 31, 2018. Turkish Airlines. All photos are from the carriers mentioned.

Middle East carrier Qatar Airways will launch a new service to Thailand later in the year. Passengers can look forward to traveling from Chiang Mai to Doha starting from December 2017 to May 2018. Four times a week flights will be available, and the route will be serviced by a wide-body aircraft. Chiang Mai will become carrier’s fourth Thai destination, in addition to Phuket, Krabi, and Bangkok. It was in 1996 when Qatar first started flying to Thailand with a Doha to Bangkok service, which was followed by the launch of flights to Phuket and Krabi. At present, it offers five daily flights from Doha to the capital, twice-a-day flights to Phuket, and three flights a week to Krabi. At the end of this year, the Krabi service will become daily, bringing the total number of Thailand-bound flights each week to 60.

Below is the complete schedule of Chiang Mai-bound flights.

Filipinos will now have the opportunity to travel to New Zealand faster with the introduction of Philippine Airlines’ (PAL) direct Manila to Auckland route, which will start on December 6. This makes PAL the only Philippine carrier to fly direct to the city, which will occur three times a week. PAL’s A340s will service the newly introduced route. PAL currently operates the Manila to Auckland route via Cairns, which is longer by more than two hours compared to the direct service. The service with the Cairns stopover will be suspended on the same day that the direct flights to New Zealand will start.

Below is the confirmed schedule. 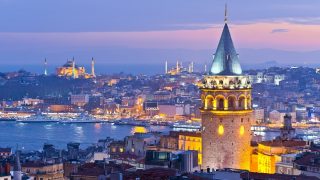