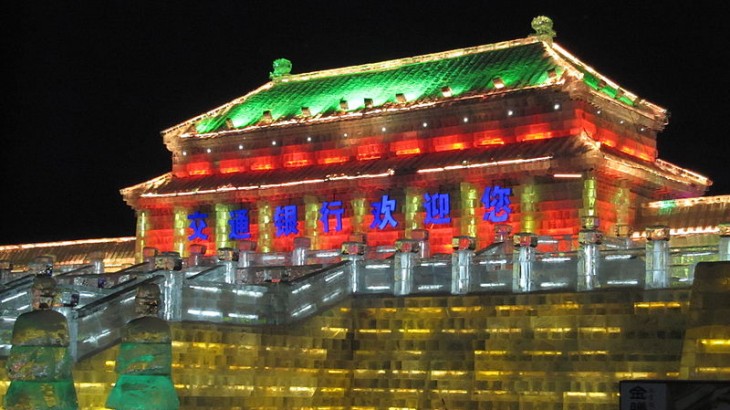 Currently in its 28th year, the Harbin International Ice and Snow Festival will officially begin January 5 in the capital of China’s most northeast province Heilongjiang. With temperatures often dropping down to below 30 degrees Celsius, each year Harbin turns into a winter wonderland with life-size snow carvings, ice lanterns, and fireworks displays. This year’s festival, which takes place in various locations around the city, includes a Snow Sculpture Expo and an Ice Lantern Garden Party, as well as a skiing contest, figure skating competition, and football match. The festival runs until the snow melts, which organizers say is usually in late February.

The Harbin festival is one of the four largest snow and ice festivals in the world, along with Japan’s Sapporo Snow Festival, Norway’s Ski Festival, and Canada’s Quebec City Winter Carnival.